Last week we terminated a new work of integral reform of housing in the city of Barcelona. Specifically, we moved to Pallars street, where we make a home renovation in recent days.

In general, we apply an interior design based on neutral tones like beige and white, combining them with laminated parquet flooring and brick walls finishes. All this is accompanied by a natural light that expands from the lounge light to all rooms.

The kitchen reform, which is open to the livingroom, was distributed in two fronts. On the right side, attached to the wall, stood a kitchen cabinet with wood finishes which were embedded appliances, namely microwave, oven and fridge. Then they had a section of tile that is equipped with a double sink and has storage capacity of both the bottom and top.

Just ahead, in part open to the livingroom, stood a new section of the counter which was equipped with a ceramic hob. This counter exceeds the base creating a kitchen bar, a perfect place to perform daily intakes with much comfort.

This property has two bathrooms that were renovated and fully equipped. As for the interior design, we opted for a tiled halfway up tiles in neutral shades and dark, generating greater feeling of space and light in both rooms.

As for equipment, the bathroom reforms has built sink with drawers, toilet and a practice room. The result was two rooms cozy and offer a very functional use.

A Grupo Inventia got to offer the best solutions for your integral reform. In addition, you can request your free quote without any obligation. 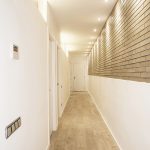 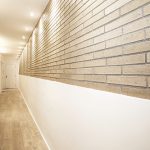 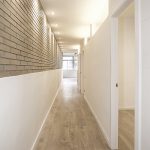 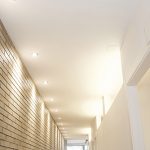 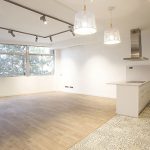 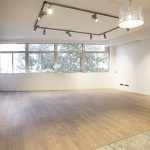 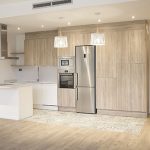 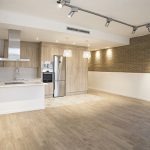 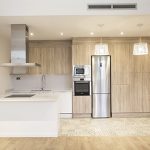 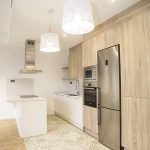 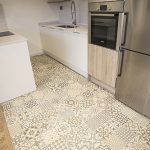 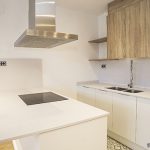 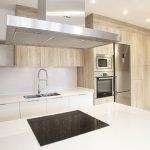 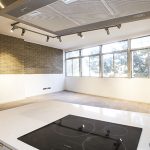 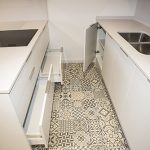 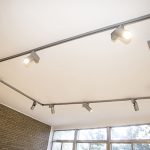 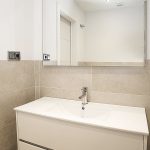 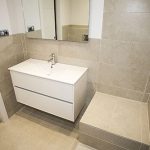 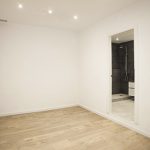 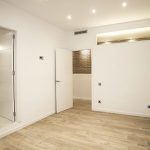 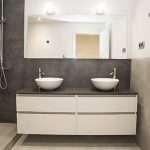 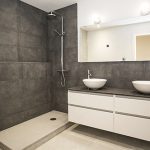 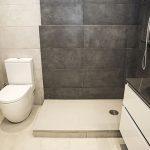 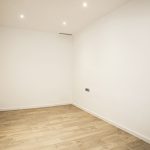 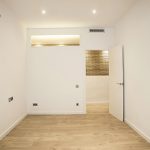 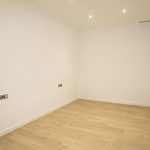 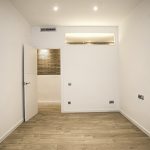 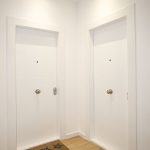 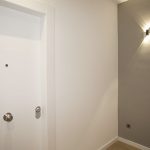 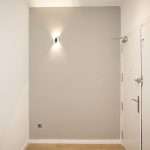