This week in Grupo Inventia we completed a new work of integral reform in the city of Barcelona. This time we have fully rehabilitated housing located Salvà street in the neighborhood of Poble Sec.

In general, were used neutral tones as white and beige paint stays on the property. This is because the main room has a large entry of natural light, so these colors, along with laminate parquet flooring installed, contributing to the feeling of spaciousness and light expands all rooms of the house.

In the next video you can see all the improvements in interior design and equipment that have been made in this integral reform.

In this case it is an open kitchen which has been chosen for a U-shaped distribution. With this, at the end of the right have been placed appliances, and embedded all composed refrigerator, which is hidden by the kitchen cabinet, an oven and a microwave.

Then comes the first part of the counter, on which was installed a sink one another. The section of the central counter is equipped with a hybrid hob and cooker hob. The section on the left side of counter, the open area has been designed to support and work, but also can be used as a open plan kitchen.

In this house there were two bathrooms, the courtesy and the bedroom suite, stay also has a large dressing room. Both bathroom reforms used a similar design in terms of color combination, but not in health elements.

The bathroom suite is equipped with a toilet oval design on a piece of wood, a toilet and a large shower. In addition, it is a large space. For its part, the toilet also has a full medical team, but with a common design.

In any case, both stays convey warmth and have a very functional equipment, t so perfect for every day and for the most relaxing moments.

In Grupo Inventia not stop working and that is why if you need to give your home a new look we invite you to contact us. You will receive your quote and 3D designs without obligation. 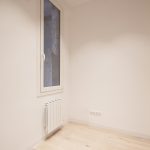 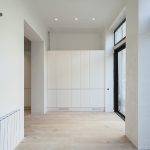 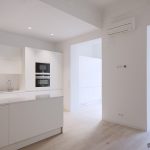 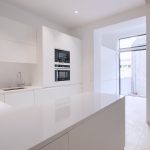 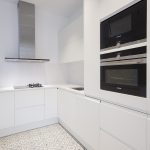 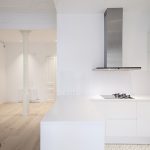 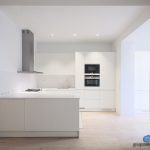 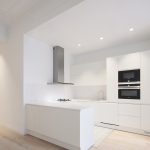 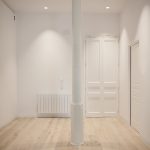 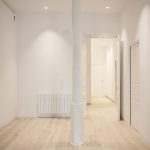 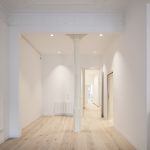 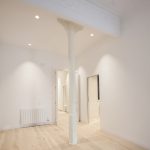 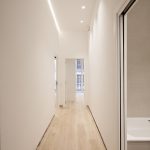 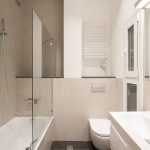 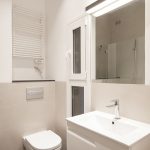 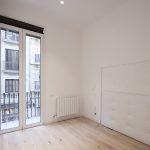 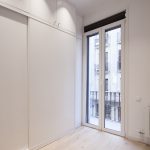 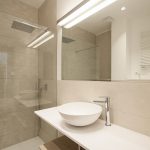 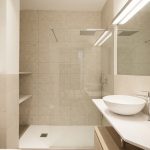 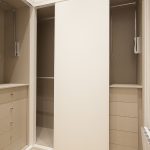 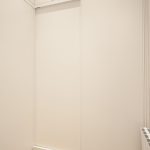 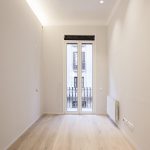