Barely a few days ago we gave concluded integral reform that were carried out in a house located in Tasso street in Barcelona.

In general, this integral reform was used neutral tones and installed laminate flooring. All this, in addition to being used to achieve a relaxed and comfortable environment, was intended to enhance the brightness throughout the house. Having a large window, natural light floods the rooms to the kitchen, open living room and dining room.

So you can see in detail the improvements made in this integral reform in Barcelona, we share the following video.

Then comes the counter. She settled on a ceramic plate and then sink one another. In addition to this new facility, kitchen reform has a large storage capacity, providing several cabinets and drawers in both the bottom and top of the countertop.

To bathroom reform one looked for cozy design and complete equipment. For the design, the walls tiled to medium height with white bevelled tiles and wood elements, such as the sink cabinet. On the other hand, highlights the hydraulic pavement installed.

As al’equipament health bathroom reform was equipped with a double sink oval design, a toilet and a large shower and practice.

With Grupo Inventia get treatment experienced professional for your integral reform. Start checking the advantages of working with a leading company. Contact us without obligation. 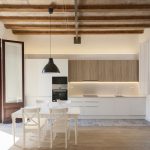 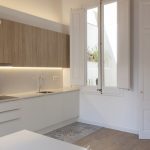 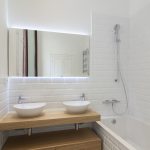 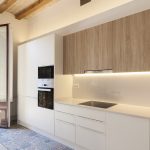 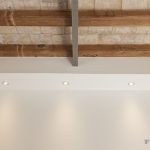 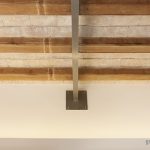 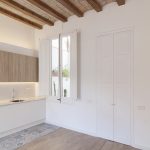 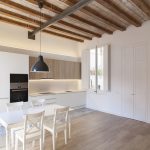 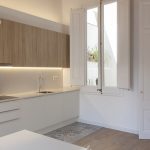 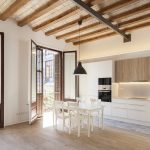 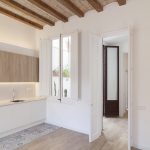 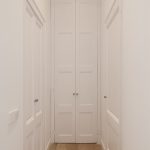 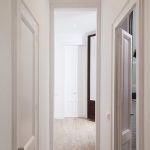 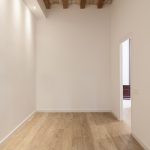 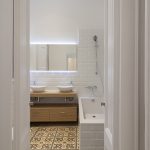 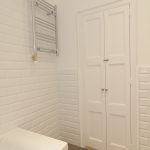 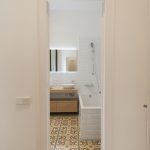