Throughout this week we have been polishing all the details of what we were doing the integral reform Valencia Street in Barcelona and we can say that it is concluded. It was a house with little natural light, so they generate the feeling of spaciousness and brightness in each of the rooms was essential.

Using neutral colors such as beige and white, joined the correct installation of lights, was achieved smoothly. It also helped that the installation of a parquet floor and a design very natural color. This symbiosis of colors creates a sense of depth perfect.

Before detailing how certain aspects of the kitchen reform or bathrooms, we share a video where you can see all the improvements made in this new job.

The kitchen housed in a separate space but is open to the livingroom. As the surface is square was chosen by a U-shaped distribution, including a bar american kitchen type that works as a space divider. Meanwhile appliances are encastraron on the left of this kitchen reform.

About U counter on the left side had a double sink and a large support surface and work. The hob, in this case three kitchen countertop, settled in the central area. Next, stretch the right side of the counter, open to the livingroom, went to support surface and breakfast bar.

The country had two bathrooms and both were fully equipped with sanitary equipment offered the best performance. Now, both have a sink with drawers built a toilet and a bath and shower respectively.

Regarding the design, in both bathroom reforms used a very similar style. The walls were completely tiled with beige tiles, combining perfectly with white porcelain sanitary items. This, coupled with proper lighting, made two trips generated feeling of spaciousness and light.

In Grupo Inventia we have a team of professionals that get the best finishes in your integral reform. For our services even have to contact us. 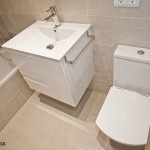 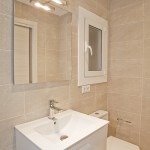 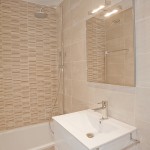 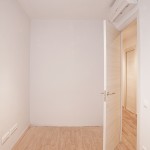 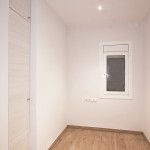 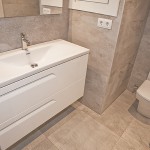 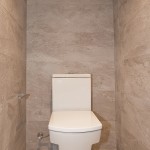 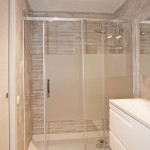 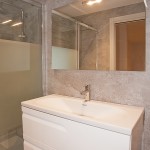 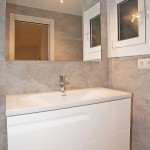 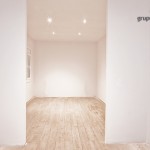 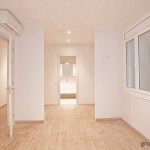 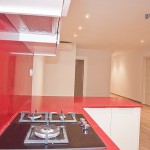 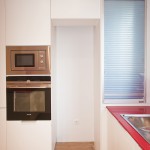 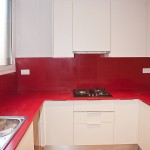 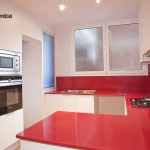 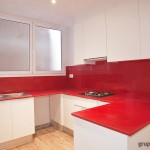 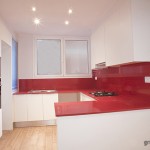 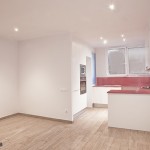 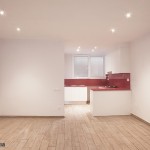 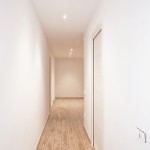 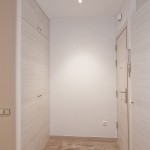