In Grupo Inventia we completed a new integral reform in the Diputació street of Barcelona.

In general, we use neutral colors in order to enhance the brightness of the property and generate a greater sense of spaciousness. Regarding the pavement for shared areas like the living room or bedroom, and the kitchen, we installed a laminate parquet floor a very natural wood tone. Meanwhile, on the bathroom and install hydraulic pavement and parquet.

As you can see in the next video, in addition to renewing the interior design of the house, we also equip all the rooms using furniture design in bedrooms and livingroom.

The kitchen was open to the hallway, so we decided to use a U-shaped distribution In the end of the right side attached to the wall, we have to put a gap size refrigerator and then co place the first section of the counter.

This was equipped with a single sink and the floor had a hole to place the washer. The tour goes awry and leads to another section, a little small but equipped with a hob.

Finally, on the left we place a bar type american kitchen. In addition to visually define the area of kitchen reform, is a perfect support surface because the owners have space and support work.

With the bathrooms reform were achieved equipped spaces and a very functional use. With this, the two bathrooms reform have a sink with drawers built in, a toilet and a shower protected by a screen.

Grupo Inventia enjoy a professional and integral reform that will reach all your desires. Contact us for further information without any obligation. 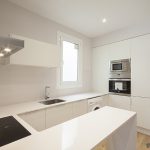 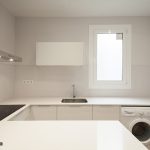 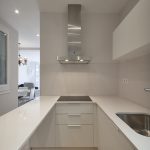 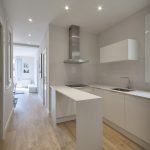 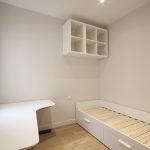 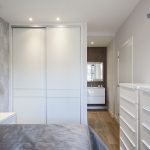 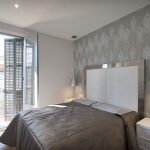 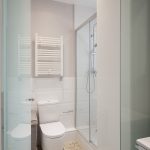 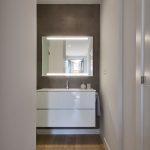 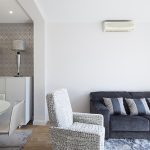 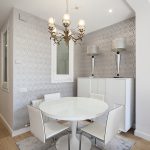 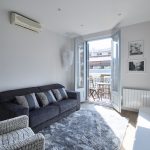 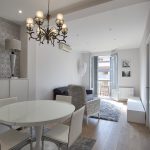 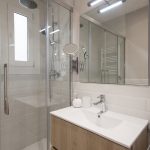 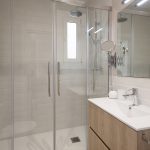