In Grupo Inventia are finalizing several projects of integral reform in Barcelona that were carried out. One is that we have made in Alt Pedrell street.

In general, this integral reform was used neutral tones and installed laminate parquet flooring. These colors ce combined with wood doors with personality.

This kitchen reform was distributed linearly and equipped with appliances leading brands. On the right side was placed a large marble countertop on which was installed a hob and individual sink. Under the sink is embedded oven. Now on the left, was placed in a gap size in the refrigerator.

As for storage, this kitchen reform has several drawers and kitchen cabinets.

To achieve bathroom reform was a very functional and pleasant. For the equipment was installed a large sink, a toilet and bidet pair and bath.

For the design we chose a full tiled with white tiles, except the bathroom wall, which is halfway tiled and painted the rest also white. This was to be combined with the gray pavement, reaching generate more spacious feeling.

Grupo Inventia becomes the best option to carry out your integral reform. To request any information, do not hesitate to contact us at any time. 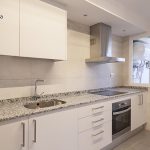 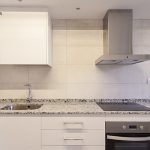 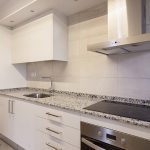 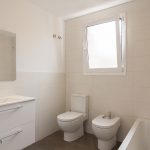 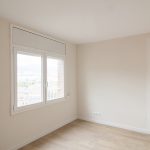 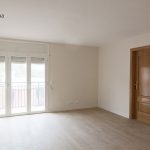