Barely a few days ago that Grupo Inventia was to end a new integral reform, this time held in a house located in Badalona. This was an interesting job, because it was a total renovation of the duplex apartment, which, to put it another way, the work of the interirism department and the work was doubled. Needless to say this was not a problem because both workers and owners were highly satisfied with the outcome of this integral reform.

As usual, carried out kitchen reform, this time it was distributed in two fronts, plus fully equipped. On the left side of the room stood a large and long counter which placed a ceramic plate, accompanied by a hood and a single sink. In this part of the reform of the kitchen also has several drawers and closets for storage in both the top and the bottom.

He was on the right side of this reform kitchen where he installed a high cabinet in which encastraron appliances. A refrigerator, a microwave and an oven, the latter two placed one above the other, make this part of the equipment of the kitchen reform done in Badalona.

In turn, also proceeded to bathrooms reform, two in particular. Both were rehabilitated with a very similar style, using beige tiles for the walls and dark brown furniture for the bathroom. Moreover, the bathrooms reforms was completed with a toilet and a water area for a lavatory and bath the other a shower. They also agree that the two reforms bathroom resulted in practical and functional spaces.

As for general areas, this integral reform we sought to create spaces that convey spaciousness and brightness. This was achieved using the white walls and light wood tone in laminate flooring was installed in both the first and second floor.

New integral reform and new owners satisfied with the work done, as were promised. To Grupo Inventia start to rehabilitate a house like you like, you just need to contact us. 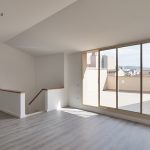 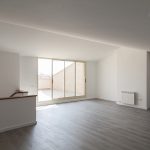 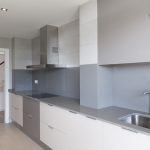 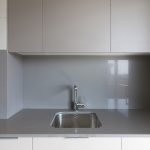 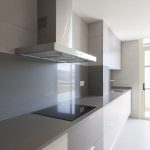 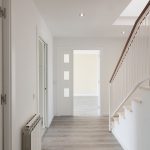 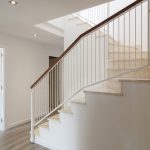 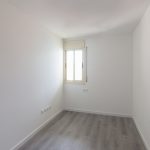 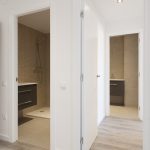 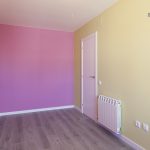 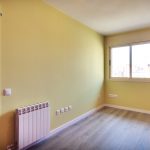 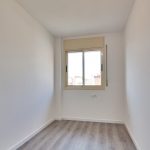 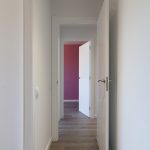