In Grupo Inventia we have recently completed a new integral reform in Barcelona. On this occasion, the house in which improved both the design and equipment all of its rooms was located on the Osona street.

In general, this integral reform in Barcelona tried to enhance the brightness of the room because it transported to all rooms. This was achieved using neutral shades like beige walls and parquet flooring laminate wood tone clear.

You can see all the improvements made in this integral reform in Barcelona in the next video.

For this Kitchen reform we was decided a L-shaped distribution with a long section on the left counter and another, smaller, on the bottom of the room.

Before the first leg, we had a kitchen cabinet in which they were embedded appliances, specifically a fridge, oven and microwave. Then begins the counter, on which was placed a single sink. The tour twists right to occupy the bottom part. Here settled a hob.

In addition to this new design and equipment, this kitchen reform has several drawers and cabinets for storage across the bottom of the countertop.

The bathroom reform was able to equip the floor of a cozy and a lot of functionality, equipping them with essential medical items. In the bathroom was installed a toilet, a toilet and a shower at the back of the room.

For the design, it was decided to tile the walls entirely with beige tiled except the shower wall, which was placed a tile mosaic type of brown. This contrast allows to generate greater feeling of spaciousness in this bathroom reform.

For best results in your integral reform in Barcelona contact with Grupo Inventia and enjoy your new home. 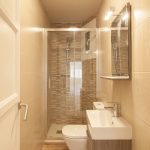 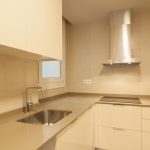 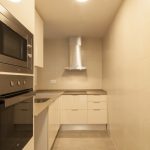 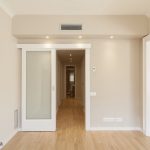 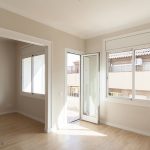 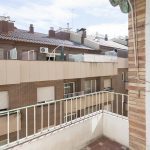