A few days ago that weconcluded that integral reform was carried out in Bolivia street of Barcelona. It was an ambitious project, because all the rooms were renovated and elements in order to completely change both functionality and aesthetics of the floor. In this integral reform in Barcelona was chosen to create warm and welcoming, using neutral colors on the walls, like white and beige tones and wooden parquet clear.

One of the interesting points of this building was the kitchen. This, even has its own space in the main hall is open, so he had to work to get a kitchen design which doesn’t pose a problem for this feature. For this, he thought a distribution on two fronts, in which one side is intended for appliances and the other in the work area. In the latter area, settled a long tour in which he placed a sink and hob. The highlight of the countertop, apart from its size, it is the final curve, achieving a kitchen bar in which to perform any task or daily intake.

Regarding bathroom reform, took advantage of all available space to achieve a practical and functional space without reducing mobility to their user. In the renovated bathroom was installed a sink with a closet built, a toilet and a shower, the walls were tiled with tiles beige to brown medium height and land that joins the mosaic shower wall. This precise combination of colors, achieved by creating a sense of breadth and depth, making the bathroom a less narrow.

This, just one of our new integral reforms in Barcelona. If you need to renew any item in your home but do not know how, and help us prepare for you every step of your project. Contact with us. 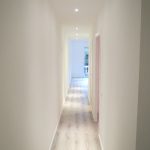 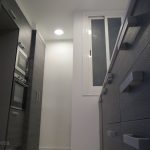 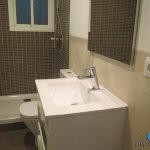 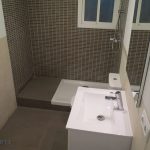 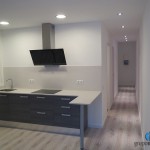 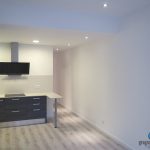 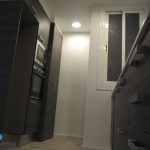 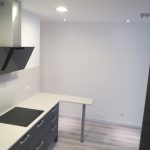 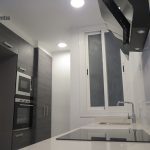 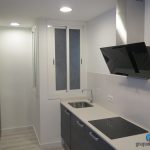 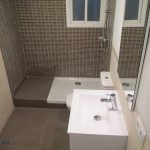 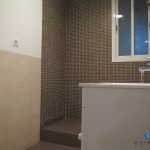 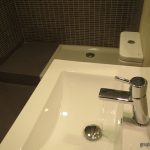 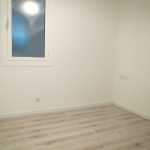 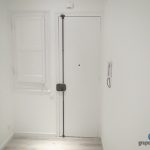