Our most recent integral reform is in a house in the Coll street of Barcelona. In this total rehabilitation we have improved both the image and the equipment of this stunning duplex apartment. In addition to interior finishes, we have also carried out the exterior painting terrace and placing doors and windows insulated aluminum.

In general looked enhance natural light housing to achieve a pleasant environment throughout the house. This was achieved through the use of neutral colors and installing a laminate floor a very natural wood tone.

All improvements made in this new integral reform can be seen in the next video.

The kitchen is in a separate stay and chose a distribution in two fronts. Thus, we got all the elements of this kitchen reform were well organized.

On the left was placed first section of stove, on which it had a sink one another. Thus, the owners have a wide support surface and work. On the right side was placed first in a gap size for the fridge and then the second section of the counter. This settled a hob and oven will fit on the bottom.

As for storage capacity, this kitchen reform drawers and cabinets in the lower part of the two counters. For the design, we opted to combine black and white, light and causing greater breadth to stay.

For the bathroom looked a design and equipment to transmit wellbeing and it was very functional. Thus, bathroom reform was equipped with a built-in sink with drawers, a toilet and a shower protected by a screen.

As you can see, Grupo Inventia offers exceptional service in your integral reform, ensuring excellent finishes. You can contact us with no obligation and reporting services we offer. 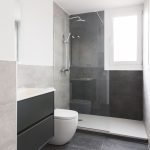 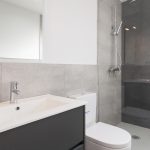 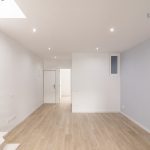 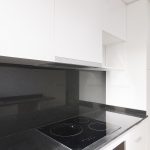 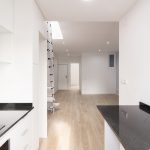 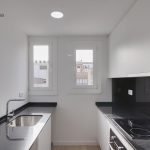 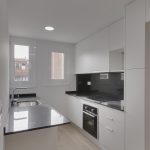 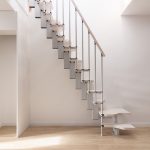 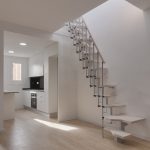 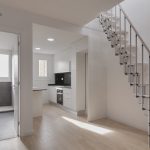 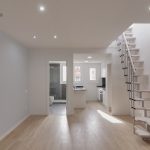 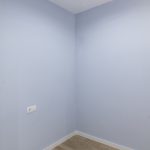 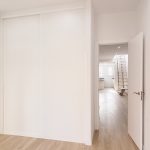 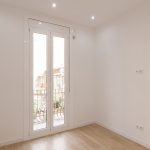 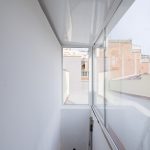 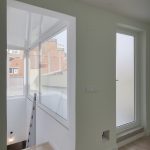 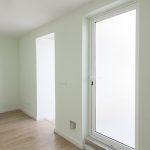 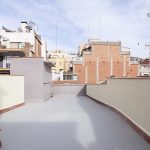 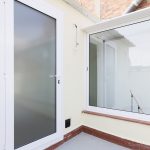 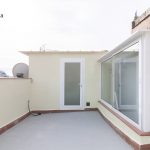 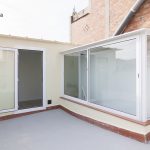