A week ago Grupo Inventia ended a project to rehabilitate an apartment in Filipines street of Cornellà de Llobregat. In this work of integral reform, the aim was to renew the aesthetics of a house with more than 30 years old, which had been fixed damage and create a more modern look.

We then design customized with touches of customization in style. In this sense they make paint jobs on common walls with blue tonality, lively yet relaxing. Reformed joinery doors and installed a synthetic laminate flooring.

The kitchen reform has always searching functionality for use. So they redistribute surfaces so that the central space has been liberalized, facilitating greater mobility. To win functionality has chosen a new kitchen furniture built. At one end of the stay have opened two windows that generate greater light to and improve ventilation. Painted in bright red part of the kitchen with the idea of personalizing the space.

In the bathroom reform have exploited all areas. It has introduced a very functional bathroom cabinet and a sink design that does not take up much space.

Grupo Inventia is the leader in integral reforms in Barcelona and surroundings. Contact us if you have budget for the rehabilitation of your home. 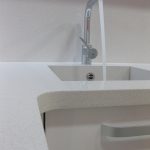 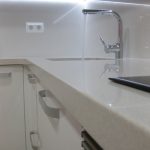 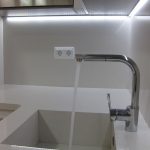 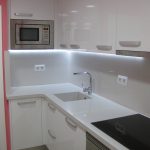 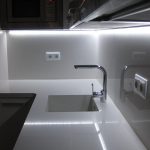 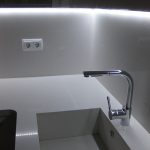 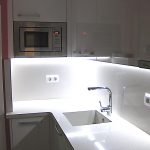 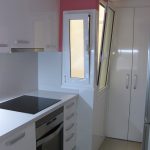 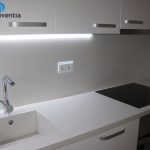 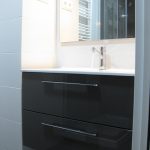 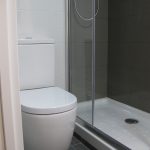 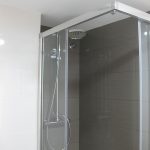 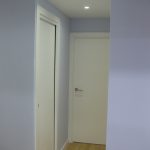 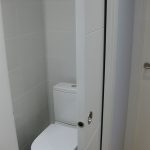 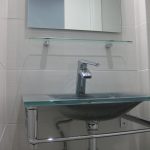 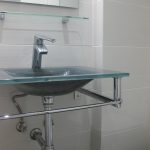 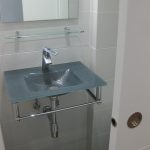 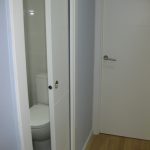