This week we have finished the integral reform that were carried out in a house located in Còrsega street in Barcelona. This time we rehabilitate shared spaces like the living room, hallways and bedrooms, in addition to a thorough renovation of two bathrooms which had the property.

So you can see in detail the improvements made in this integral reform, we share the next video.

As mentioned, this home has two bathrooms and both have been rehabilitated, achieving improvement in both its image and in its equipment.

In bathroom reform walls were painted white, which together with the natural light generated a greater sense of spaciousness in the room. This is true except in the shower wall, obviously was tiled. For this type were used mosaic tiles in shades of brown and beige, a combination of tones creates depth. As for equipment, the reform of the master bathroom was equipped with a sink, a toilet and shower cited, which was protected with a sliding screen doors.

Meanwhile, the toilet reform followed a similar pattern to the previous one. This is fully equipped with a toilet, a sink and a shower, but its design introduced other elements. For example, the walls were tiled to half height with beige tiles and other wall painted white. This also succeeded in generating light, in addition to achieving a very functional stay.

For shared areas, we chose a design base but very effective because it failed to improve the image of the house completely. Both the walls and the doors were painted white, which made it natural light from outside flood the entire property.

For pavement was used flooring of laminate parquet wood tone very natural. In addition to rehabilitating the damaged pavement that was in the house, was able to equip high and feeling of spaciousness.

Choosing Grupo Inventia We guarantee a success in your integral reform. All rooms will look like you want at a very competitive price. You can contact us without obligation. 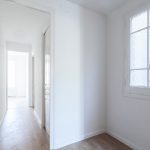 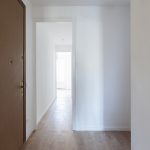 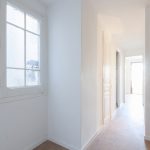 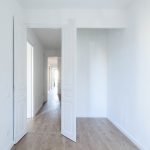 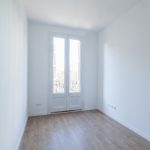 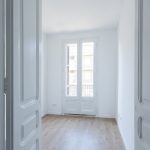 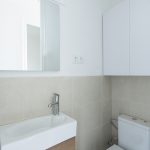 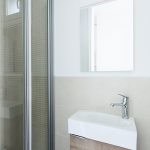 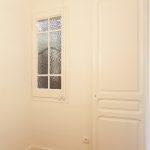 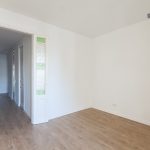 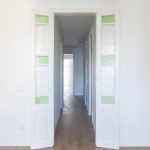 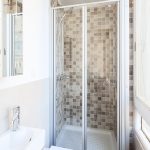 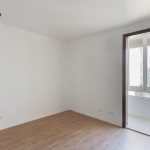