This week we have finished for the integral reform we were doing in a house located in Diputació street in Barcelona. Once the work both owners of the property as we do, we have been completely satisfied as the finishing of this integral reform have been really good.

We treated a total refurbishment which have improved both the design and the equipment of all rooms of the house. Highlights include increased brightness has been implemented and finished in brick kitchen and lounge. All these improvements can see in the next video.

The kitchen is right at the entrance of the floor is open, so we opted for a distribution in the form of L. It is a kitchen reform in the same area the living room, but managed very well define the spaces visually.

At the bottom of this kitchen reform was placed first section hob on which was installed a sink and individual fit in the lower oven. The second section of the countertop was placed on the left and on the hob set out.

With the bathroom reform was getting a stay equipped and very functional. Settled the toilet with drawers built, perfect for storing hygiene products, toilet and shower with a protected partition sliding doors.

For the design, we tiled the walls at half height with white tiles and painted beige else. These colors were combined with darker shades on the pavement, reaching generate more sense of spaciousness in this bathroom reform.

With Groupo Inventia get better results in your integral reform. With us all advantages, contact us without obligation. 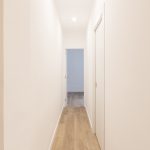 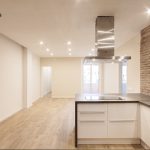 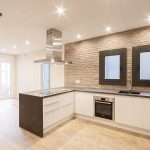 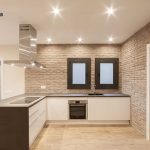 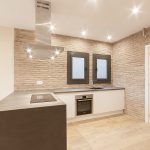 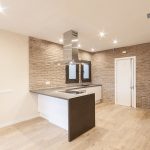 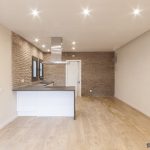 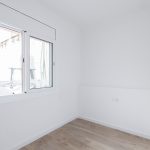 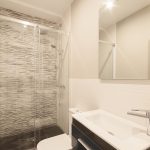 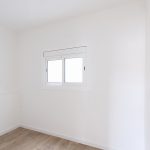 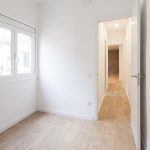 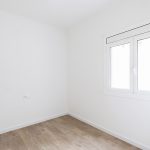