Grupo Inventia recently completed a new integral reform, this time the work was carried out in a house located in Maladeta street of Barcelona. We conducted a total renovation with excellent finishes and with that achieved an improvement in both the image and the equipment of the building.

In general, this integral reform is to bet a lot more presence in natural light, generating greater feeling of spaciousness. To achieve this, the walls were painted beige, while for the doors and the socket was used to darker wood. This is complemented with laminate flooring to clear.

These improvements can be seen in its entirety in the video below.

The kitchen reform was distributed linearly, grouping all the elements on the right side of it. At first the room was placed kitchen cabinet in which were embedded appliances, shaped by a refrigerator, a microwave and an oven. Then they placed a large elongated counter that twists left and ends at the bottom of the stay. They installed a hob and a sink of one another.

As a complement, this kitchen reform was placed a bar on the left. Besides getting major support surface, its bottom is equipped with a cupboard for storage, complementing those who are in the right.

For bathrooms reform used a design similar to the rest of the house, with neutral colors to achieve an atmosphere of calm and comfort. The main bathroom reform was equipped with highly functional sanitary items, composed of a large sink, a toilet and a practice room.

The toilet reform, washbasin is equipped with a sink and a toilet and has a design very similar to the previous, comfortable and functional.

Grupo Inventia is an experienced company for integral reform. A first visit without commitment and personalized guidance throughout the process, Grupo Inventia make a safe choice and very professional. You can contact us without obligation. 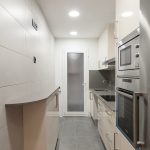 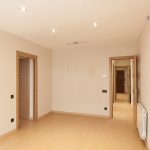 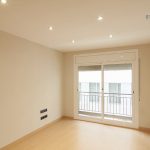 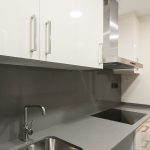 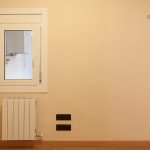 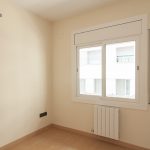 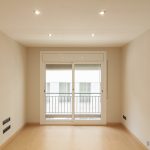 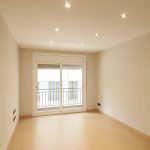 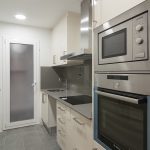 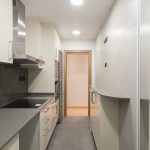 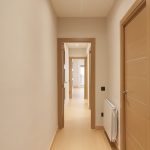 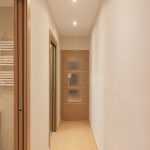 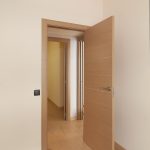 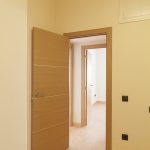