In Grupo Inventia we completed a new integral reform in the city of Barcelona, specifically this one we carried out in a house located in Padilla street. It was a total renovation in which we not only improve the interior design of the flat, but we fully equipped rooms such as the kitchen or bathroom.

In general, this integral reform looked provide housing greater feeling of spaciousness and brightness. This was achieved by using, among others, neutral colors to paint the walls and laminate parquet flooring with a very natural wood tone .

In the next video you can see all the improvements made in this new integral reform.

The kitchen reform is open and U-shaped distributed. It was also used as a breakfast bar boundary areas between the kitchen and livingroom.

For the design of this kitchen reform was used in white in the kitchen cabinet, and gray on the counter and the wall tiles.

The two bathrooms which has completely rehabilitated housing, with an equipment that offers the best performance. Both feature a sink, toilet and shower, plus excellent finishes.

In the main bathroom highlights the tiled complete with beige tiles, oval design of toilets and toilet suspended. It is a room with a lot of visual space and perfect for everyday use.

Moreover, the reform of toilet shines the original hydraulic floor, which has been restored and maintained.

In Grupo Inventia find the best professionals for your integral reform. Contact us and find no commitment of all our services. 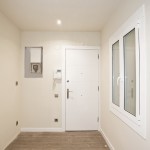 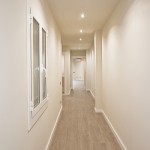 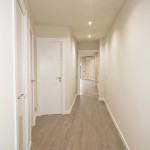 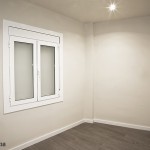 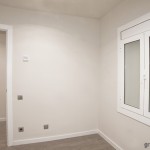 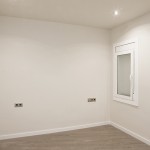 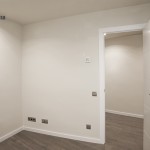 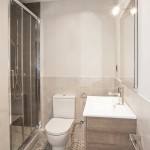 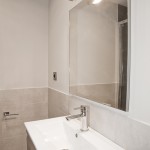 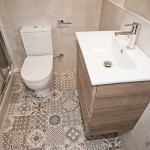 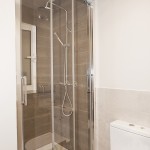 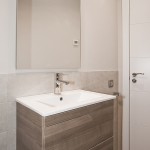 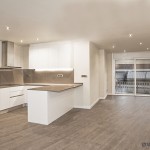 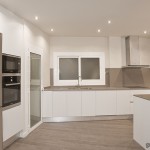 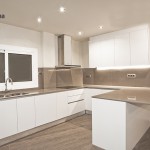 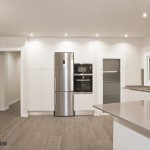 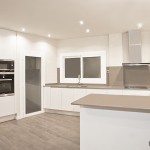 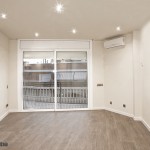 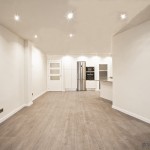 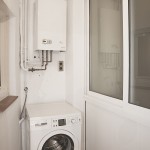 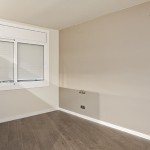 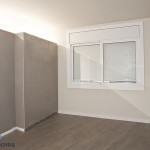 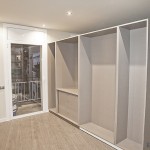 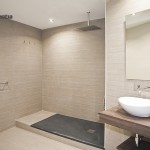 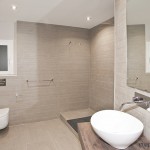 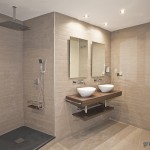 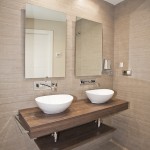 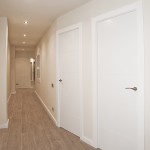