Last week we gave integral reform concluded that we were performing in the city of Barcelona. Specifically, we completely rehabilitate a home located in the Plaça Comas.

In this work highlights the kitchen reform, wide and long, and natural light in which the property has since helped to use the right colors to generate amplitude spaces like the livingroom or bedroom.

In the next video you can see some improvements in this new integral reform in Barcelona.

The most remarkable feature of this kitchen reform is that the reform surface only allows linear distribution, this being the best option.

At the far left of this reform were embedded kitchen appliances, composed a fridge, oven and microwave. Then they placed the counter, which leads to the other end of the kitchen. On that settled a double sink and cooker hob five. A very complete equipment.

This kitchen reform highlights the table placed at the far right. Because of the space available, it was decided to place a table in a linear design, very discreet but perfect to make small daily intakes.

The house had a toilet and a bathroom, and both were rehabilitated. To toilet reform walls are tiled using alicataron completely white and is equipped with a built-in cupboard and a bathroom with toilet.

The reform of main bathroom is fully equipped, counting this with drawers built a toilet, a bidet, a toilet and a large shower. Thanks to the natural light coming from the outside got a room with bright and spacious feel.

Grupo Inventia offers a professional and integral reform ensures the best finishes. Contact us and find our services without compromise. 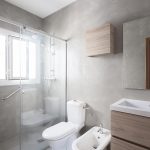 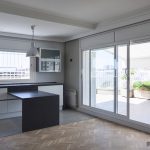 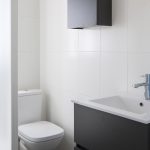 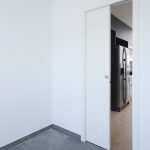 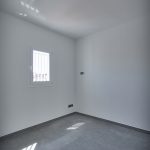 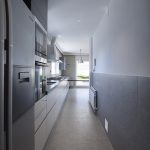 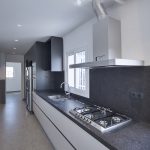 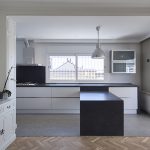 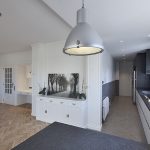 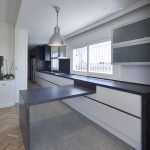 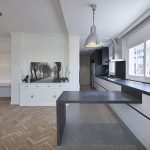 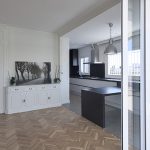 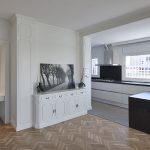 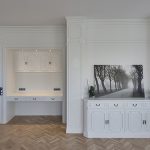