Barely a few days ago that Grupo Inventia completed a new integral reform in Barcelona, specifically in a house located in the Rambla del Poble Nou. It was a complete renovation, which was carried out reform kitchen, bathrooms and reform enabling all rooms with, among others, painting service and installation of parquet.

The finishes of this integral reform are sensational and left very satisfied owners of the apartment, who felt happy to have decided by Grupo Inventia. In the video being shared then you can see the proof.

The kitchen reform was those works with which connected immediately and it is difficult to get the best result. The kitchen is open to the dining room and to a lesser extent.

For this reform kitchen chose a U-shaped distribution. On the left were placed appliances, all embedded in the kitchen cabinet. These are made up of a refrigerator, an oven and a microwave. Already in the middle, is the first section of the counter. This was placed in the sink, leaving ample space for work or support around them. He was on the right side, which is open to the diningroom, where he installed a ceramic plate accompanied by a hood that contributes to the smoke and odors do not expand to other rooms.

This home in Poble Nou had two bathrooms and two were rehabilitated. To the bathrooms reform used a similar design and equipment. It sought to achieve a comfortable and functional space with all the equipment necessary.

This bathrooms reform was equipped with a toilet, which had built a cabinet for storage, a toilet and a shower.

In Grupo Inventia find a company that will offer the next best ideas and solutions for your integral reform and kitchen and bathrooms reform. Contact us and all our consulting services. 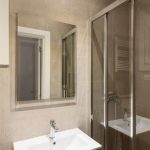 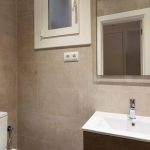 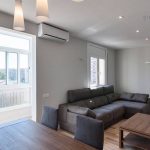 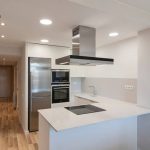 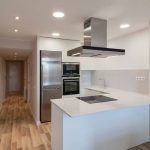 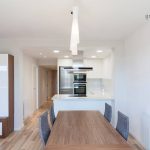 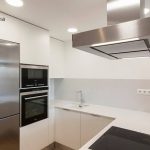 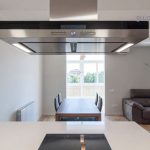