We recently completed a new integral reform in a house in the Provença street. As usual, there was a rehabilitation of all areas and both were equipped kitchen reform as bathroom reform.

The makeover of the property passed to a distribution space to allow natural light to reach all corners of the house. This was achieved through the creation of open spaces and neutral colors used to paint the walls, as they contribute greatly to achieving this goal. The colors that were used in this integral reform were beige in lounge, kitchen and other spaces and white, which were painted two rooms.

To kitchen reform, which is open, we used an L-shaped distribution and completely equipped. Among his equipment, there is a cooking stove with an oven just four at the bottom, a microwave built into the top of the kitchen cabinet and refrigerator. But a very interesting and aesthetic detail of this integral reform is tiling halfway up the wall, which were used to white bevelled tiles placed breaks together.

The work of the interior design team also had a lot of weight on bathroom reform, as they do not equip a large space with all the elements needed for proper use and without obstacles. Using the same beige color, in this case the tiles that cover all the walls, generated a warm comfortable and has a sink, a toilet and a shower.

Note intense color this house is precisely the bathroom reform because the bathroom furniture is red, bringing dynamism. 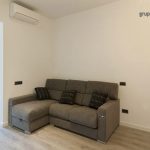 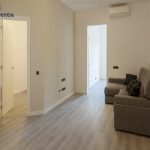 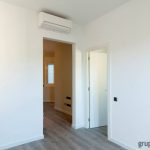 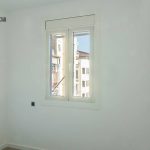 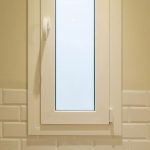 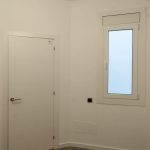 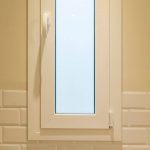 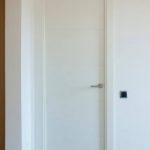 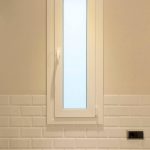 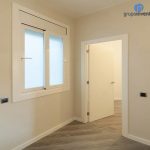 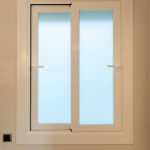 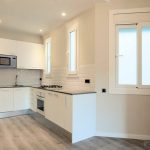 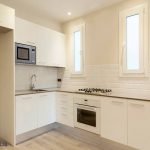 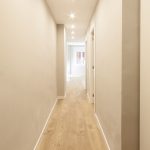 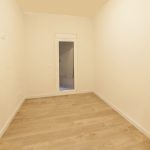