This week in Grupo Inventia we have to end a new integral reform. This time we totally rehabilitated housing located in Rosselló street in Barcelona.

This integral reform include finishes achieved since modernized the design of the property and all rooms were fully equipped. These improvements and many more can be seen in the next video.

For starters, the kitchen is a stay independent, which is available to chose a distribution in the form of L.

Thus, at the end of the left side was placed in a gap size for the fridge and then they had the first section of the counter. This was equipped with a single sink and if the bottom also have storage capacity, will fit a dishwasher.

On the right side of this kitchen reform was placed second bracket plate kitchen equipped with a hob. This part fits the bottom oven and microwave on top.

The bathroom reform results in a stay with a very functional and pleasant environment. For its design, the walls are completely alicataron beige tiles and paving tiles used a darker hue. With this color combination also get more feeling of spaciousness.

As for the equipment, this bathroom reform has a sink, a toilet and a large shower.

Grupo Inventia ensures the best results for your integral reform. Everything will be as you want, there will be no setbacks. Find out more by contacting us without obligation. 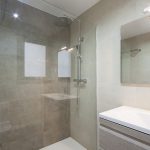 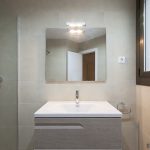 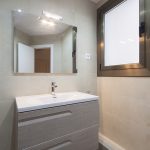 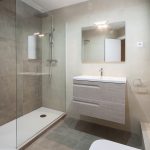 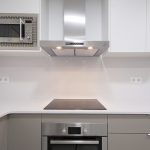 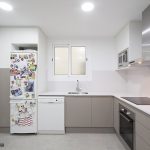 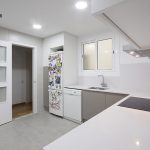 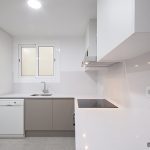 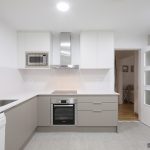 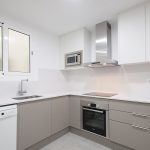 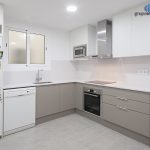