In Grupo Inventia we have recently concluded integral reform that were carried out in a house located in Independència street of Barcelona. In him we were done specific work to improve the interior design and equipment of all the rooms, so getting offered the best performance.

All improvements can be seen in the video below, highlighting the works of painting, installing new parquet flooring or  maintaining elements such as brick ceiling of the livingroom floor or hydraulic floor in the bathrooms.

The kitchen reform is located in an open space in the living room and used a linear distribution. This takes advantage of the space available and you can even enable an office area. On the far left were embedded appliances, composed of a microwave, an oven and a refrigerator.

Then comes the counter, which was equipped with a single sink and with a hob. In addition, the kitchen reform was expanded storage capacity has several drawers and cabinets along the bottom of the countertop.

They took out two bathroom reforms and in both we used the same design. This is halfway walls tiled with white tiles that combine wood finishes with the bathroom furniture and flooring hydraulics.

Regarding the health facilities, each bathroom has a sink with a built-in drawers, a toilet and a shower.

In Grupo Inventia we offer the best service for your integral reform a success. You can request your free quote. 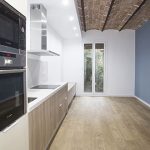 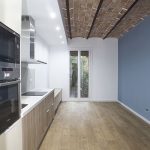 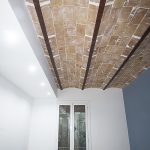 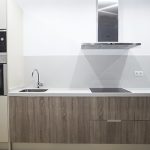 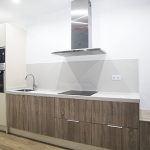 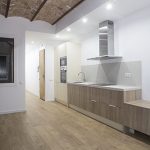 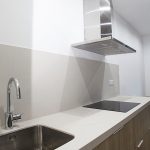 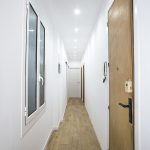 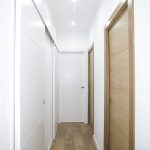 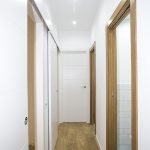 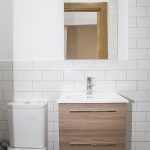 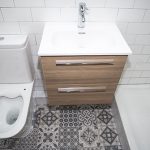 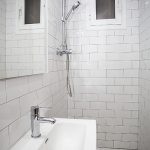 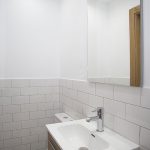 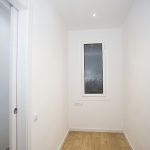 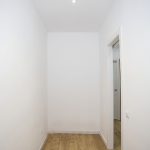 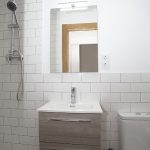 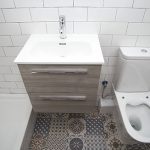 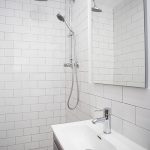 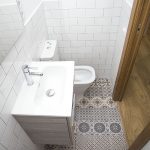 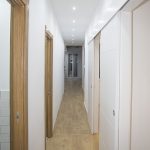 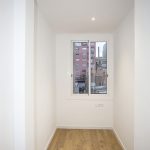 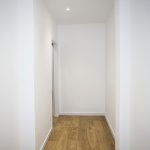 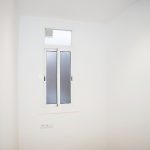