In Grupo Inventia we completed a new integral reform in Barcelona, specifically in a house located in Morabos street, very close to Plaza Espanya. It therefore improve the image as the equipment of all rooms to print you a more modern design, but we also use elements of the property to potential his personality. Among them is the original hydraulic flooring we had in the living room, kitchen, bedroom and bathroom.

All the improvements of this new integral reform can be seen in the following video, which you can see a house improved and ready to live.

This kitchen reform are open to the living but is located in its own space. For the provision of new distribution elements used L-shaped counter with two sections.

At the end of the right side we place the refrigerator, which is vintage look. Then comes the first part of the tour, which settled a hob and offers a wide support surface. At the bottom of the chamber is placed the second tranche of the plate cooking kitchen, which has a single sink itself.

In addition, it took both the bottom and the top of the countertop to place drawers and closets for storage.

The result of the bathroom reform was a room with a new image and a healthcare facility that offers the best performance. For its design our interior decorators who bet a total tiled with white tiles, in order to generate greater feeling of spaciousness and light.

Regarding equipment, this bathroom reform has a sink, a toilet and a shower protected by a screen. The shower walls were tiled with tiles bevelled type meter, an element that makes it stand out well with the original hydraulic floor of the house.

In Grupo Inventia we offer the best project to integral reform. The receive along with your detailed quote free and without obligation. 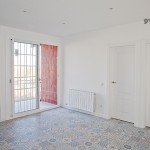 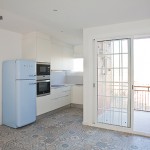 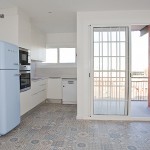 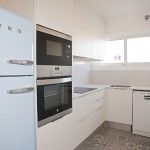 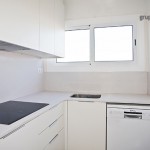 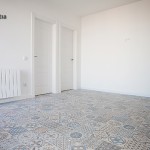 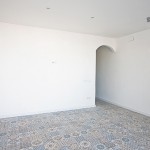 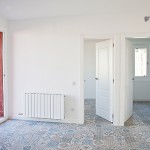 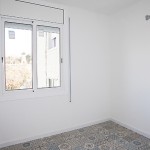 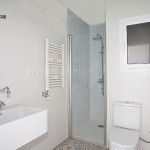