In Grupo Inventia we have completed the spectacular integral reform of an apartment loft located in Llull street in Barcelona. It was a total renovation that improved both the design kit stays as the kitchen and the two bathrooms which had housing. In addition, they achieve excellent finishes, highlighting the brick walls of the room or install laminate flooring.

All improvements made in this integral reform of the loft can see in the next video.

In having a good surface, we designed an open kitchen with island. The right part of this kitchen reform occupies a kitchen cabinet wardrobe tone wood which were placed appliances. These are composed of a refrigerator, an oven and a microwave.

In the center of the kitchen, which is notable for having a large window that lets in natural light, was placed counter. This, wide and long, in addition to offering a support surface and work is equipped with a single sink. Just before it was placed on the island, which settled a hob.

This loft had two bathrooms and two were all improved their image. The master bathroom or suite is equipped with a toilet suspended on the left side, a double sink with drawers built into the law and a comfortable bath design in the center. The design, combining white with gray, creates an atmosphere of absolute calm.

Meanwhile, the reform of toilet also fully equipped for their design but used a tone beige tiles. This bathroom has a toilet, a sink and a spacious work desk.

Grupo Inventia puts at your disposal everything necessary to achieve an integral reform and perfect smoothly. Ask any information contact us without obligation. 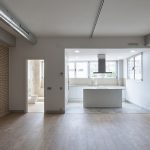 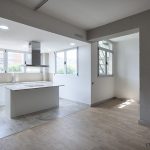 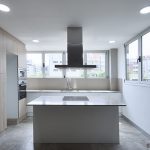 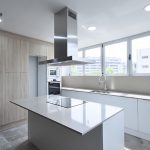 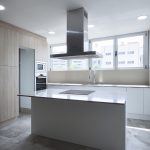 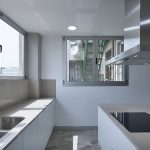 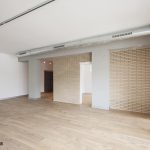 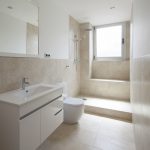 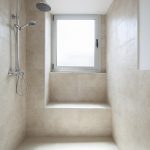 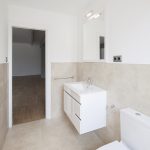 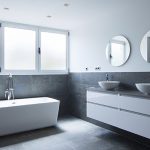 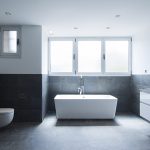 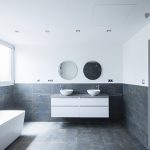 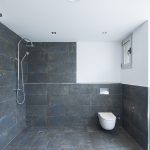 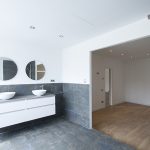 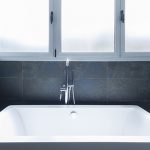 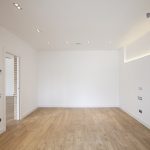 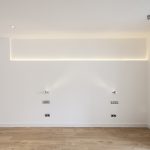 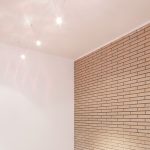 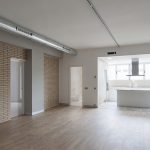