A few days ago that we gave concluded that integral reform were carried out in a house located in Pallars street in the city of Barcelona. It was a total renovation that we improve both the interior design of the property and equipment of all rooms.

As you can see in the video below, we apply a style in which neutral tones prevail, with the aim of achieving bright and spacious rooms. Furthermore, this combined with finishes that fit perfectly as exposed brick walls and flooring installed: hydraulic flooring in the kitchen and parquet flooring the rest of the house.

To the kitchen reform, which is open to the living room, used a U-shaped distribution. On the left stood a large kitchen cabinet in which, in addition to offering a large storage capacity, they embed new appliances.

In the center stood the first section of countertop, on which was installed a double sink. Already in the right side, open to the livingroom, they had a second tranche counter that besides being equipped with a hob, offers the perfect space to perform daily intake with total comfort.

This property has two bathrooms, the courtesy and the bedroom suite. To toilet reform we used a tiling halfway beige tiled and painted a softer tone the rest of the wall. This already got a large, bright space that is equipped with a sink with drawers built, a toilet and a shower.

Meanwhile, the master bedroom suite has a bathroom, the main feature of the sink, and double drawers, placed in the same room. In a separate space was placed in the toilet and shower.

With Grupo Inventia the new image of your home will be as you want thanks to our wide range of materials and designs. You can find contact us without obligation. 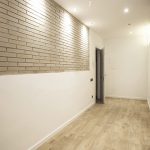 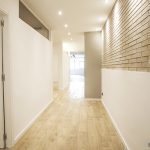 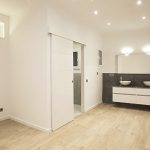 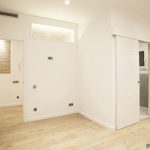 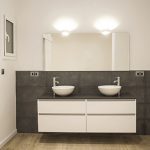 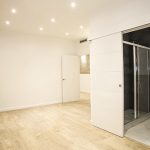 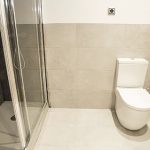 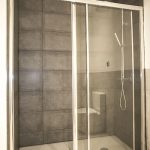 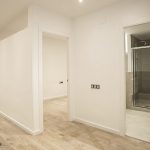 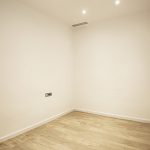 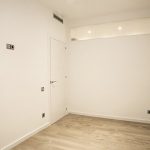 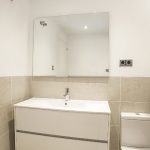 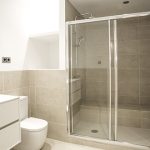 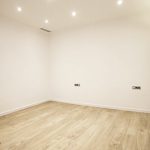 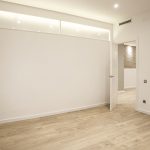 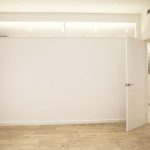 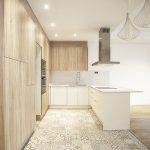 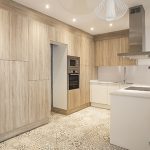 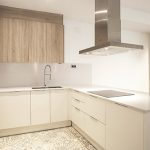 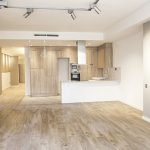 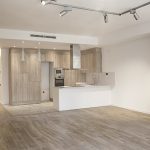 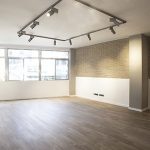 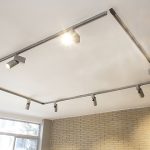 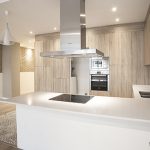 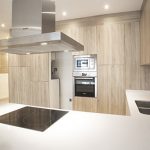 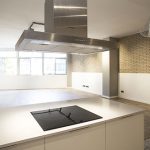 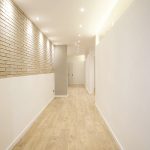