A new integral reform goes to swell the list of work completed successfully Grupo Inventia. This time we undertake total rehabilitation of a property located in Provença street in Barcelona.

As on other occasions, in addition to improving the design and equipment, we had certain elements that fit with the idea of integral reform. In this regard include hydraulic flooring and ceiling brick. Thus there is a housing adapted to today but the essence of the apartments in Barcelona of yesteryear.

The kitchen reform is an open space for the disposal of its new elements we chose a U-shaped distribution most of the left side is for a kitchen cabinet that has gaps in size power embedded fridge, oven and microwave. After that, comes the first part of the tour, which took place the sink.

Meanwhile, the counter of the central kitchen was installed three stoves accompanied by a hood placed on top of storage. Now on the right side was placed third section of countertop that, in addition to offering a wide support surface and work can be used as kitchen bar.

For the design of the bathroom reform used a tiled halfway with white tiles and other wall painted the same color. On stage, this key generates greater feeling of spaciousness and brightness, as well as combine perfectly with the hydraulic flooring and wood finishes of the furniture of the lavatory.

In turn, this bathroom reform is equipped with sanitary items that offer the best performance. This has built toilet with drawers, toilet and shower screens protected by sliding doors.

A Grupo Inventia we offer comprehensive advice for your integral reform a success. Please contact us for further information without any obligation. 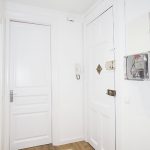 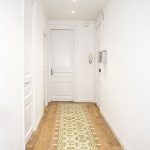 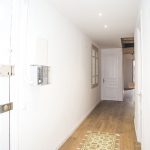 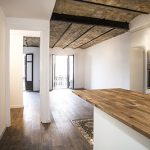 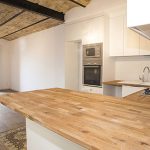 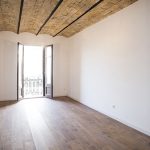 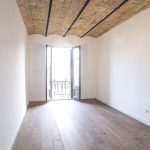 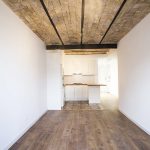 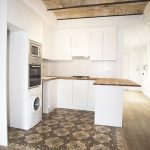 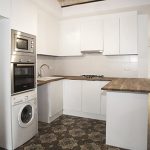 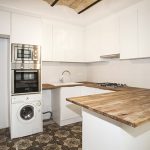 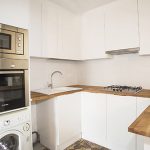 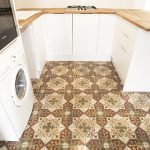 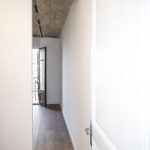 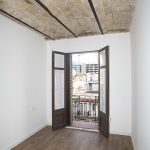 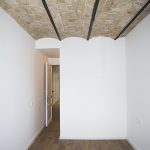 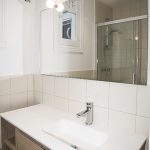 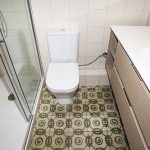 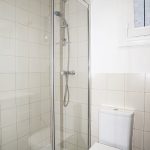 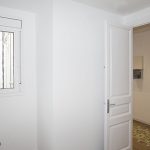 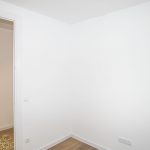 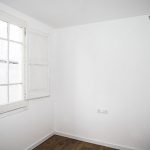 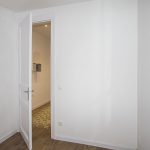