Recently to end one of the reforms that Grupo Inventia was carried out in Barcelona. In this case it was a partial restoration, because the owners of this property, located at Avinguda Xile only needed to realize the kitchen reform.

The main feature of this kitchen reform is that the floor was wide open to a gallery, which was distributed in a way in which all elements are well sorted and organized. For this, it was decided to place a L-shaped desk in the left side of the room, with an extension which was established as a bar type kitchen, which allows the existing space to perform any meal of the day in a very functional.

In the real counter, one of its wings is free, providing ample space in which to perform the tasks of cooking with great comfort. It was in the other wing of this kitchen reform, which is open to the gallery, where they installed a single sink and a kitchen stove three accompanied by their respective extractor hood. As for storage in this area, several drawers and cabinets were installed in the lower part of the countertop.

Following this kitchen reform in Barcelona on the right side settled a large kitchen cabinet in which they were embedded appliances. In this section,  completely equipped kitchen reform with oven, microwave and refrigerator. As a curious detail, the owners asked that one wall was a blackboard and as you can see in the video or image gallery, so they did.

For this kitchen reform in Barcelona won a spacious and greater empowerment of natural light, the two aspects helped by White that was used for the walls and kitchen furniture. Grupo Inventia is a specialist in this type of rehabilitation. You can contact us without any compromise. 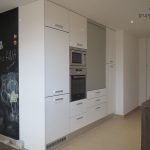 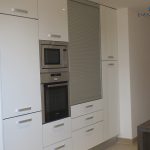 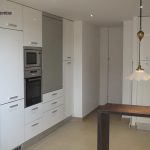 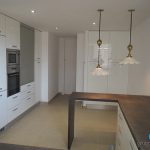 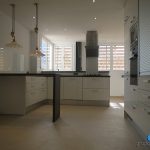 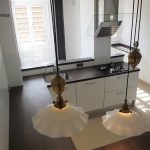 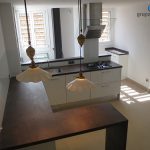 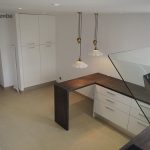 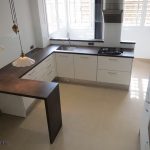 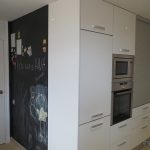 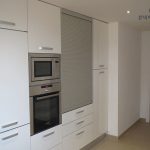 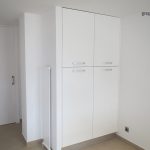