In Grupo Inventia we have recently completed the integral reform we were carrying out Portal Nou street of Barcelona. It was a house not too big and that we completely refurbished, including the rooms of the kitchen and bathroom were also fully equipped.

As you can see in the next video, this integral reform is the use of neutral tones with the objective of generating a greater sense of spaciousness and light.

Kitchen reform was open to the livingroom and was distributed in the form of U, obtaining three tranches counter. At the end of the right part fits the fridge and it was placed on the counter sink and the dishwasher is embedded in the bottom, and microwave on top. In the central board settled a ceramic plate accompanied by a hood to prevent the accumulation of fumes and odors. The board was left as a support surface and used as a breakfast bar. At the bottom it had a hole made for the washing machine.

This kitchen reform also highlights his kitchen storage, arranging closets and drawers at the bottom of the countertop and on the right side of the top. On the other hand, the hydraulic pavement well with white and gray tones predominate in this kitchen reform.

In the bathroom reform we implement designed according to all throughout the house, although darker shades introduce, as in the pavement because it will generate greater feeling of spaciousness in contrast to the beige tone that predominates in stay.

As for equipment health bathroom reform has a sink with drawers built in, a toilet and a shower protected by sliding screens. Surely a full bathroom and functional.

We will be very easy to work with Grupo Inventia because besides offering you personalized advice, we’ll you and your needs. Contact us for further information without any obligation. 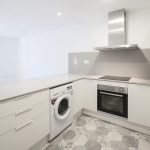 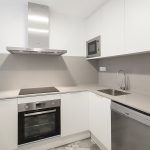 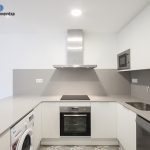 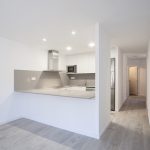 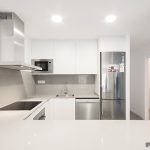 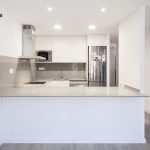 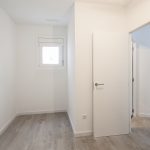 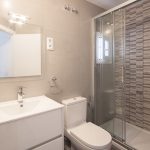 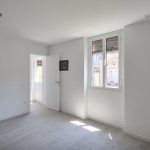 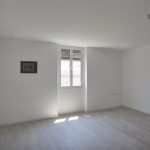 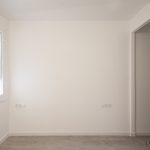 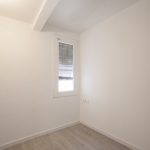