In Grupo Inventia we completed a new integral reform of housing in the city of Barcelona. Specifically, we charge a completely renovated building located on Avinguda Vallcarca Barcelona.

As you can see in the next video, we were able to improve both the image as the equipment of all rooms.

In rooms such as the livingroom, hallway or bedroom we looked generate feeling of spaciousness and light. This we achieved using neutral tones like beige and white, so natural light could expand to every corner of the house.

In the master bedroom we went a little further and we painted a wall with a more vivid color, achieving a place with more personality without sacrificing a comfortable and relaxed. As for the flooring, we opted for a synthetic parquet floor wood in a very natural tone, providing warmth in all rooms.

The kitchen reform occupied a separate floor and used a U-shaped distribution, obtaining a stay organized and equipped.

The section on the right side is equipped with a hob, in the center had a sink and if one on the left was used to support surface. The refrigerator was placed in the corner of the left, while the bottom of the countertop is encastraron refrigerator and oven.

This same bottom has several drawers and cabinets for storage, as well as the top.

The property has a bathroom that is completely equipped in order to offer the best performance. This reform was installed bathroom sink with a built-in drawers, a toilet and a shower screens protected.

Meanwhile, the walls were completely tiled with white tiles, which generated greater breadth and depth in the room.

In Grupo Inventia we offer the best integral reform projects in Barcelona. You can contact us and inform you without obligation. 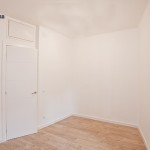 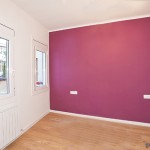 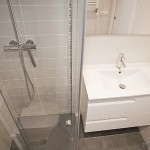 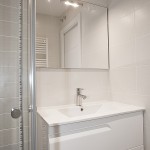 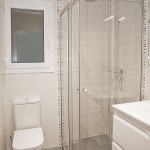 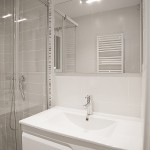 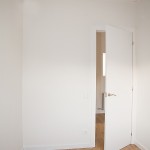 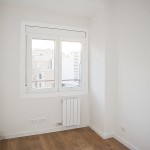 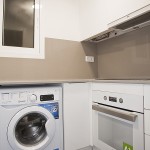 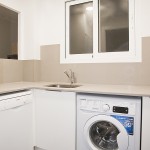 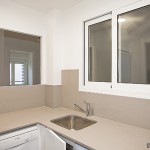 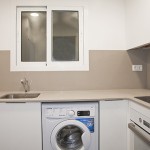 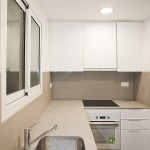 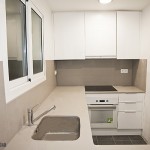 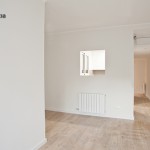 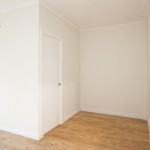 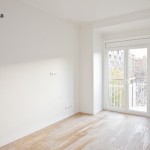 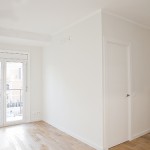 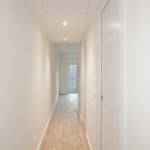 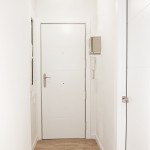