In Grupo Inventia we have concluded a new integral reform this week. This time we ordered completely rehabilitate a house located in Casanova street of Barcelona. In it we have made every possible improvement work to ensure that the property offered the best performance.

Kitchen and bathroom reform, installation of flooring, paint jobs, etc. All these improvements carried out in this new integral reform in Barcelona can be seen in the video that we share below.

For the rehabilitation of the rooms were our interior designers opt for neutral colors to paint the walls. This was done in order to generate greater feeling of spaciousness and brightness stays as living and bedrooms.

In turn, settled a new parquet flooring synthetic wood a very natural tone. In these rooms were also renovated, for example, the windows now are double glazed and the one used aluminum.

The kitchen occupies a separate room for the new items available to its distribution was used L-shaped counter with two sections. Meanwhile, appliances, consisting of a refrigerator, an oven and microwave are encastraron to the left of the entrance.

The counter section located on the right side is equipped with a ceramic hob. In addition, they took advantage of both the lower and the upper cabinets and drawers to place for storage. The tour twists to the left to make way for a second tranche, which was placed a sink one another. At the bottom of the machine was recessed, making the kitchen a room well equipped.

The bathroom was also renovated and fully equipped. Now, the hotel features a double sink with built-in drawers, a toilet and in the background, a large shower and practice.

For the interior design to the walls alicataron halfway beige tiled and painted white the rest. This, coupled with natural light, it is possible to generate more space and more light.

In Grupo Inventia we offer a professional and personalized service for your integral reform in Barcelona as you want. Contact us for further information without any obligation. 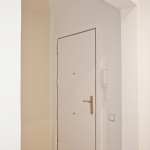 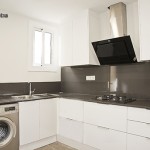 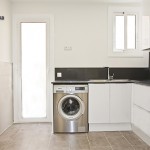 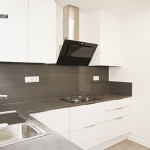 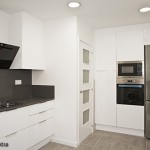 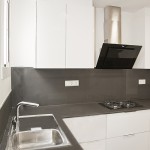 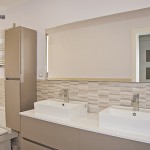 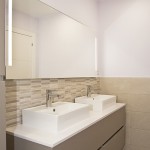 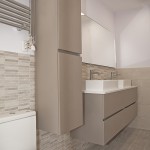 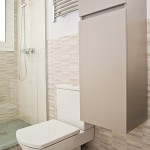 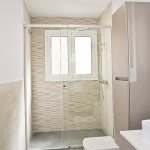 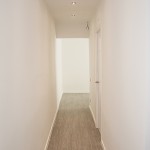 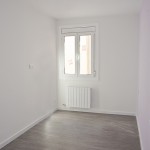 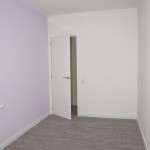 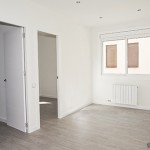 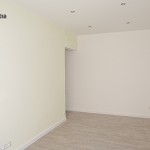 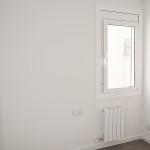 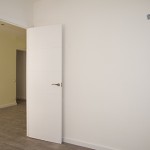 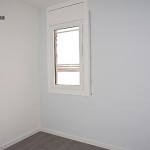 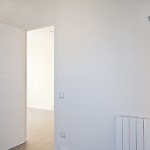