Barely a few days ago in Grupo Inventia ended the integral reform that were carried out in a house located in Dos de Maig street in the city of Badalona.

Overall we give the property more widely used visual and light neutral colors such as beige, painting works by installing laminate parquet flooring in wood midtones. This is complemented by great natural light enjoyed by the house.

All improvements in this new integral reform can be seen in the video that we share below.

The kitchen reform is open, but has a wall that makes him stand at their own space. For the disposal of its new elements were placed two L-shaped desks that were equipped with everything necessary to offer the best performance.

The counter right, also have a sink if one also can be used as a kitchen bar. Meanwhile, the left has a hob, an oven and a microwave. These two embedded at the bottom and top of the hob respectively.

Further details of this kitchen reform is that has a large storage capacity and a hydraulic pavement that gives personality to the room.

For both bathrooms reform we used a very similar design based on a tiled halfway up in bright colors and the rest of the blank wall. This will achieve two rooms were very strong but at the same time cozy.

Regarding the health facilities in the two bathrooms reform was installed a sink, a toilet and a shower screens Sliding protected. Undoubtedly two bathrooms very complete and functional use.

Your home will look as you want thanks to the integral reform project done exclusively for you and without obligation. Contact us and find out! 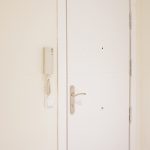 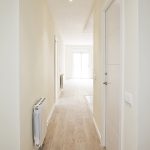 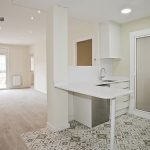 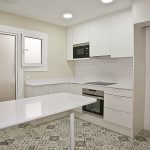 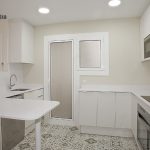 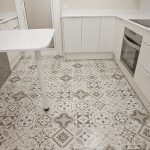 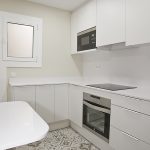 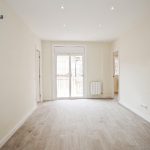 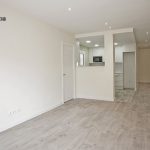 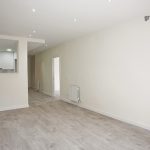 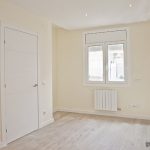 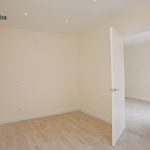 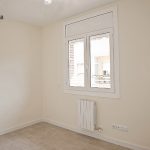 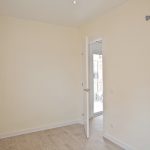 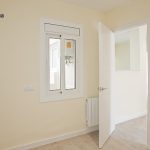 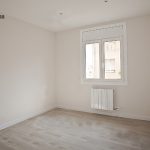 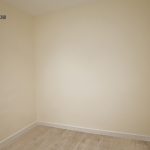 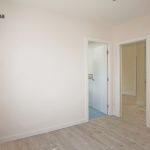 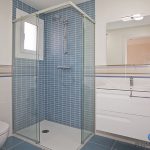 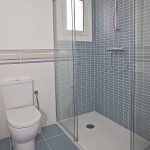 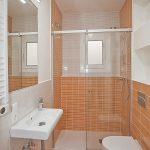 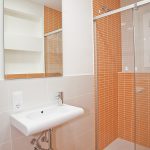 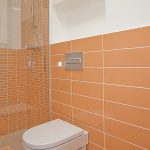