Last week, Grupo Inventia we conclude a new integral reform in the city of Barcelona. This time we ordered completely rehabilitate and equip a house located on the Entença street.

Overall we modernize doing painting work spaces and other facilities, but we also know preserve and joined the new image as the original hydraulic flooring or brick. All improvements in this integral reform can be seen in the next video.

The kitchen reform is open to both the livingroom and hallway as she used a U-shaped distribution. At the end of the right side had a hole made for the refrigerator and then the first section of the counter, which was used to support and work surface. In the central section of the counter stood a sink only if accompanied by a microwave built into the top. Already in the tour section on the left, open the the livingroom, settled a hob and are embedded just beneath the oven.

Moreover, this kitchen reform extended storage with drawers and cabinets throughout the bottom of the countertop and the top. Regarding the design, it should be noted that keeping the original hydraulic flooring.

Both bathrooms were completely renovated and equipped, with a sink with drawers built a toilet and a water area. This last element changes, as has a bath and one shower.

The main bathroom reform tile was halfway bevelled tiles and white painted wall the rest of the same color, creating bright and spacious feel to the room. This same design was used in the toilet, which is combined with a hydraulic pavement in black and white.

If you need to renew the image of your home at Grupo Inventia elaborate for you the best draft intgeral reform. You can contact us and inform you without obligation. 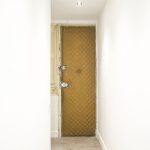 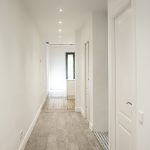 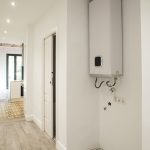 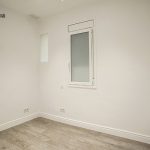 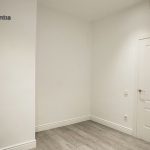 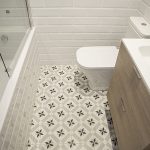 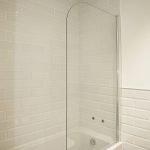 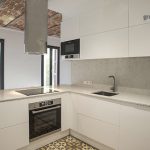 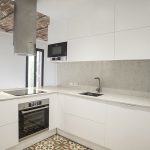 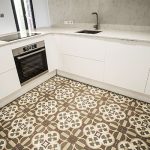 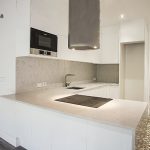 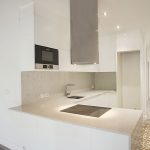 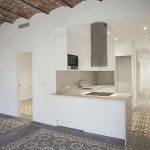 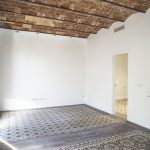 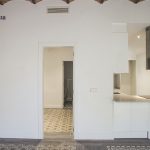 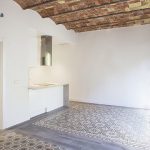 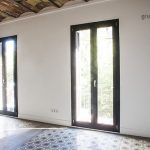 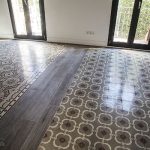 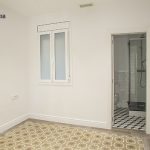 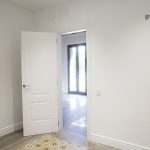 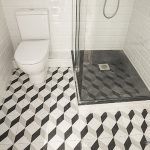 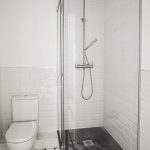