The last week concluded to integral reform that were carried out at Avenida de Sarria of Barcelona. Once the works, both our team and the owners of the property were very satisfied with the outcome.

In addition to improving both the image and the equipment of all rooms, one of the main objectives of this reform was to provide greater luminosity to the house. We achieve this by using neutral tones, which together with natural light, especially in the living room, generate more spacious feeling, creating a perfect environment for the comfort and well-being.

All improvements in the comprehensive reform can be seen in the next video.

This time he was in the kitchen stay independent and chose a distribution in the form of L. On the right side of this kitchen reform was to have a cabinet with recessed hollows size appliances, specifically an oven a microwave and refrigerator. Then gave way to the first section of the counter, on which was placed a sink one another. At the bottom of the stay was placed second section, which settled a hob.

Regarding the design of this kitchen reform, the walls alicataron up halfway with white tiles, the same color of the furniture and the rest was painted red mat.

The property has two bathrooms and both were fully equipped. They settled a sink, a toilet and a shower. The colors used in the two bathroom reform were similar to the to the kitchen, but as if the wall was painted red, for tiling to half height were used beige tiles.

Grupo Inventia offers an excellent service for your integral reform. We adapt to your needs and budget, offering you the best solutions. Contact us with no obligation and find all the services we offer. 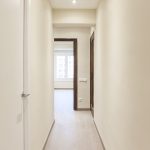 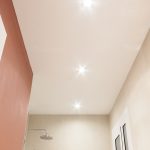 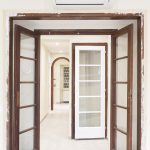 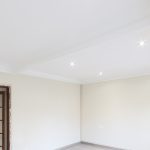 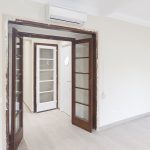 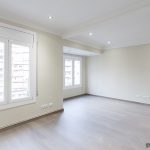 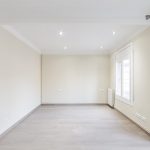 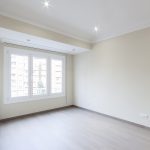 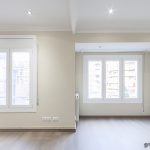 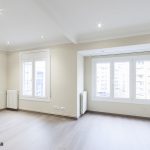 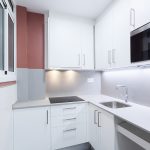 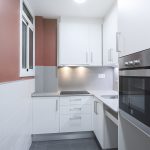 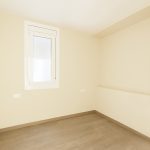 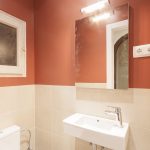 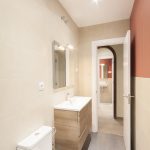 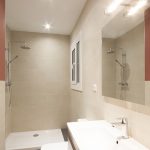 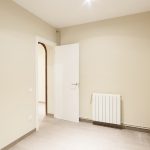