Grupo Inventia was to end a new integral reform in Barcelona, specifically, this was carried out in a house located at Avenida República Argentina. This work involved the total renovation of a building which has improved both aesthetics as equipment stays as the kitchen or the bathrooms.

One of the rooms with a big role in this integral reform in Barcelona is the livingroom. When he wanted to make the most of natural light as it has two large windows. In addition, the walls were painted beige and installed a laminate floor a very natural wood tone. With this, and combined with the light from outside, generates a greater feeling of spaciousness further illuminate the entire property.

Regarding the kitchen reform, it is distributed in the form of U, dedicating each of its parts to elements in particular. Thus, On the right side are placed a kitchen cabinet in which encastraron appliances, while in the middle stood a kitchen countertop five topped by a powerful extractor. Finally, on the left side settled a single sink. Moreover, the kitchen reform included a bar in which to make any intake with more comfort for the day. As for storage, the owners have several drawers and cabinets in the bottom of the countertop.

Moreover, this house had two bathrooms and both were rehabilitated in this integral reform in Barcelona. The two rooms were distributed and were equipped in a very similar because both have bathrooms reform: sink, toilet, bidet and shower. In this case they get two rooms cozy and functional.

Again Grupo Inventia again showed why it is the top of the sector. This integral reform Barcelona joins other reform projects that have been completed satisfactorily for both owners and workers. Contact us without compromise. 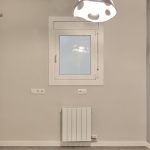 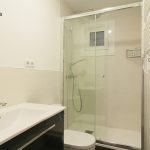 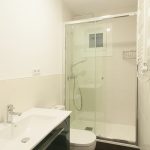 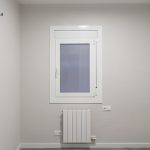 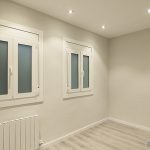 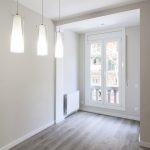 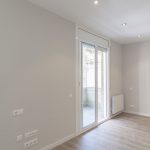 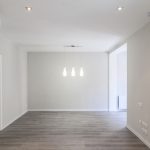 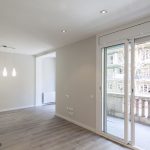 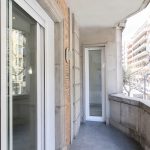 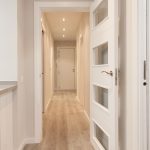 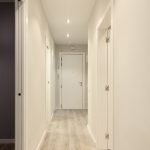 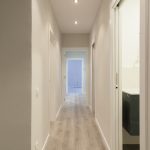 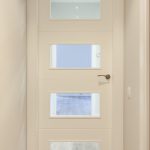 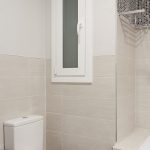 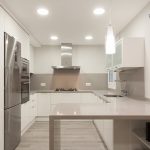 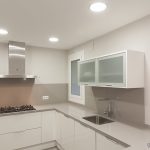 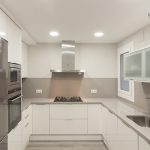 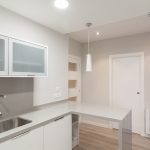