In Grupo Inventia we have recently completed a new integral reform in the city of Barcelona. This time we have carried out the total rehabilitation of a home located on the Bisbal street, in the Guinardó neighborhood.

In this integral reform we have improved both the interior design and equipment of all the rooms of the building. For the flooring we used a laminated parquet floor combined with hydraulic kitchen floor. This along with neutral tones that were painted walls help generate stays light and airy. All the improvements obtained through the work of Grupo Inventia can see in the next video.

The kitchen reform is open to the living room and was distributed in two fronts, but has a space equipped with a bar type kitchen as a diningroom. On the right stood the hob, which was equipped with a hob and a sink of one another. It also has drawers and closets for storage in both the bottom and the top of the countertop.

On the left side it had a kitchen cabinet that also contain spaces for storage were embedded appliances. These are composed of an oven, a microwave and a refrigerator that is concealed by the same cabinet doors.

The bathroom reform was completely tiled. For this they used tiles in shades of gray and white tiles on the shower wall. This color combination creates a greater sense of breadth and depth in the room.

Regarding the bathroom reform was equipped with a double sink with built-in drawers, suspended toilet and shower above.

With Grupo Inventia you get that look in your home as you want. Contact us for further information without any obligation. 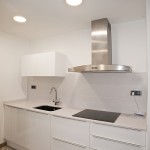 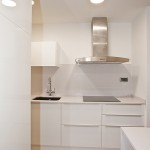 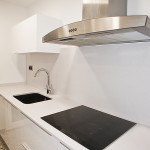 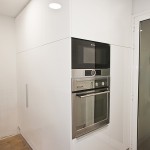 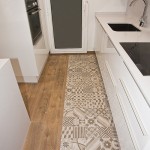 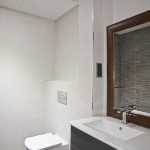 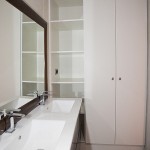 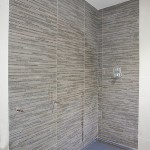 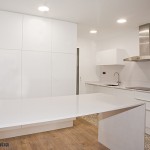 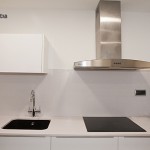 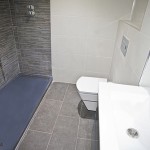 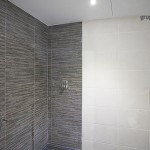