Recently we completed the integral reform that were carried out in Calàbria street of Barcelona.

Overall we managed to provide housing for greater feeling of spaciousness and brightness using neutral tones to paint the walls and laminate parquet flooring with a wood of tone clear. In addition, we use different finishes such as exposed brick in the livingroom.

In the next video you can see in detail the improvements made in this integral reform.

The kitchen reform was distributed in the form of U. On the far right is placed a vacuum tailored to the fridge and then was placed first section of counter space as it was support. In the central section was placed second section of the counter, which settled a hob. Since the left side had a double sink.

This kitchen reform also include flooring installed hydraulic and storage capacity, as it has cabinets and drawers in both the bottom and top of the countertop.

The reform of bathroom fully equipped served to the room. They installed a sink, a toilet and a shower.

As for design, the walls were tiled with white bevelled tiles halfway up and was painted the same color the rest of wall. Combined with a darker tone for the flooring in this bathroom reform generates more spacious feeling and a very cool.

Grupo Inventia guarantees the best finishes in your integral reform. If you want to enjoy a home with an incredible design, contact us for further information without any obligation. 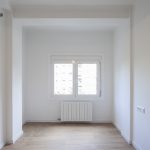 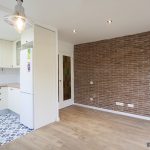 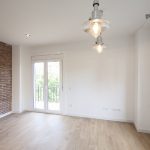 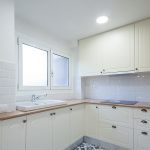 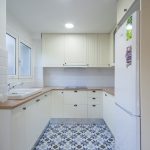 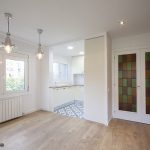 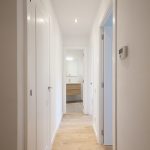 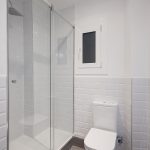 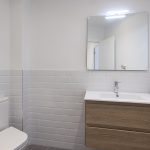 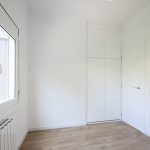 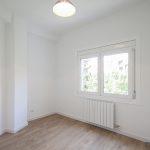