Barely a few days ago that we gave Grupo Inventia concluded that integral reform were carried out in a house located in Castelao street of L’Hospitalet de Llobregat, Barcelona. This time he returned to being a total rehabilitation, in which every room of the property is improved both in image and in equipment.

In general, we enhance natural light housing with the use of the color white predominates throughout the house, and also thanks to the installation of a laminated parquet of wood to clear .

So you can see in detail the improvements made, share the video of this new integral reform.

The kitchen reform is open to the living room and is distributed in the form of U. On the left stood a stretch of hob on which was installed a sink one another. A central part of this reform was to have kitchen appliances, all in wardrobes, and a new section on the hob which settled a hob. On the right, open to the livingroom, he put a new board that was used to support surface but can also be used as a bar.

In the bathroom reform followed the pattern of housing design, in which the white color is the main protagonist. However, in this room, in addition to placing a floor of a darker tone, the wall on which it is placed in toilet tiled to half height with red mosaic tiles, providing a nice touch of color.

Regarding equipment, this bathroom reform was to install a sink, a toilet and a shower suspended protected by sliding screens. Certainly got a stay that offers all the health benefits of a very functional.

A Grupo Inventia employ the best professionals to carry out your integral reform with the highest performance. Contact us for further information without any obligation. 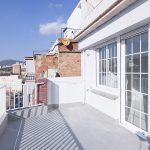 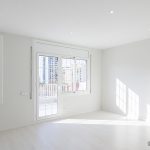 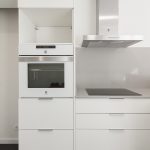 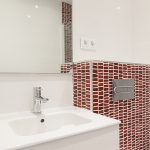 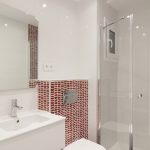 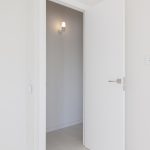 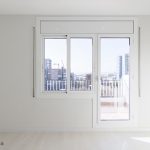 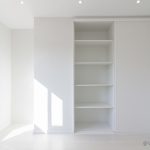 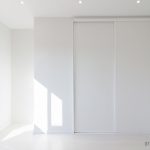 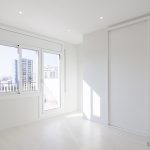 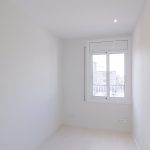