This week we have taken for completion of a new integral reform. This time we take care of the rehabilitation of a house with two floors located in the Barcelona town of Cervelló. It was a great challenge and assume the responsibilities, therefore, the result has been excellent and the owners have been highly satisfied.

All improvements made in this great integral reform can appreciate the detail in the next video.

For the rehabilitation of the living room we use neutral shades to paint the walls with the aim of expanding the light. It also plays an important rol the beige pavement tiles installed.

These light colors were easy to combine with other elements. The Iron was used for the stairs structure between the two plants, while for the same wood stairs was used.

One of the rooms that was improved both its design and its equipment was the kitchen. For rehabilitation was chosen by a U-shaped distribution, as it was the best fit available space and with a larger organization for all items be achieved.

This reform kitchen was completely equipped. Specifically, an oven, a microwave and refrigerator were installed. In addition, this kitchen has two worktops, which sink and ceramic hob were placed.

With a very similar overall design of the house, was obtained a reform kitchen of bright and well laid out and equipped.

With this new work in Grupo Inventia back to prove that we are a leading and trusted company. If you want to renew the look of your home, so just contact us. 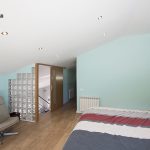 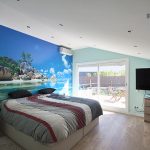 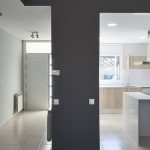 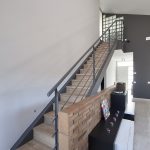 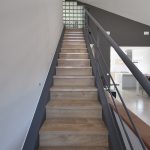 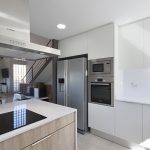 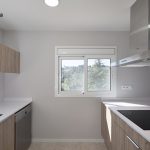 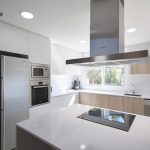 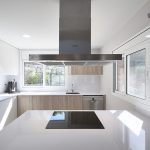 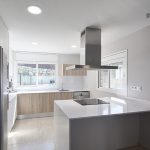