A few months ago we finish this integral reform in a house located on Harmonia street in Barcelona.

So you can see in detail the improvements implemented in this integral reform, we share the next video where you can see the before and after.

This kitchen reform was distributed linearly, achieving perfect order for all items. In the left end appliances were placed, all wardrobes to take the largest possible space. This new facility consists of a refrigerator, camouflaged by cabinet doors, oven and microwave.

Then he put the board on which they settled a hob, accompanied by a hood design, a sink and one other. Moreover, at the bottom of the countertop they have several cabinets and drawers for proper storage.

To bathroom reform, it sought to create a space inviting, spacious and particularly well equipped. One of the major improvements was to enhance the natural light, to create a more pleasant. This was combined with a design with neutral shades such as beige and white protagonists.

As for the equipment, this bathroom reform was equipped with a toilet oval design, a toilet and a large shower, suitable for both everyday and for more moments of calm.

If you think your home needs change, don’t hesitate to contact with Grupo Inventia. Our experience and professionalism will be at your service integral reform. 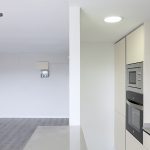 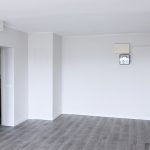 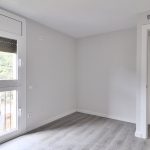 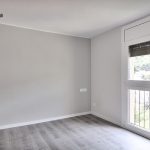 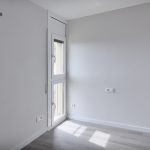 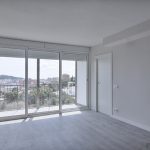 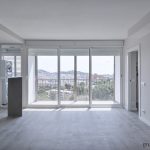 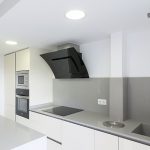 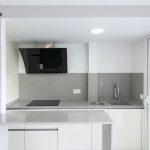