In Grupo Inventia we recently completed integral reform that were carried out in a house located in London street of Barcelona.

This integral reform were rehabilitated all areas of the property, getting a completely different from before, thanks to the use of neutral colors on the walls so as laminate flooring was installed. This was achieved generate more feeling of spaciousness and light in a house which was very necessary. More specifically, the include the kitchen reform and bathrooms reform.

You can see all the improvements made in this new integral reform in the next video.

Kitchen reform, open to the livingroom, was distributed in two fronts. In one place all the elements were in linear arrangement, starting appliances that encastraron in the kitchen cabinet, following the tour, in which he placed a single sink.

The opposite front consisted of a bar in which its board settled a hob and a removable hood vertically.

Meanwhile, the bathrooms reform divided into the suite and the room. To bathroom suite reform was used elegant based on neutral tones and curved lines of its elements. The stay is equipped with a double sink, a toilet and a spacious and comfortable shower.

Regarding the toilet reform, this is also completely equipped but used a more dynamic decor, especially the walls. In this case, the equipment consisted of a spacious bathroom with built-in furniture, a toilet and a bathtub at the back of the room.

Grupo Inventia enjoy a integral reform without contingency. Our team of professionals will execute the work within the allotted time and advise you at all times. Contact us without any commitment. 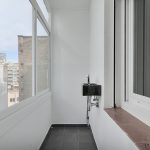 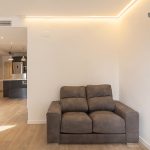 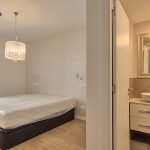 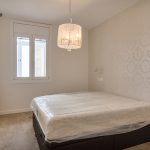 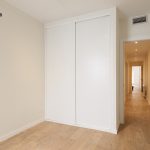 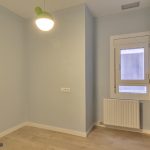 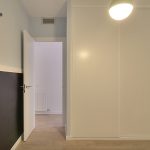 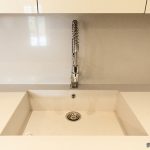 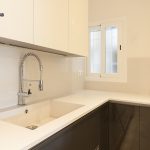 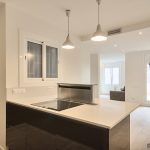 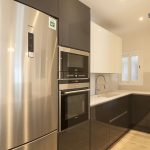 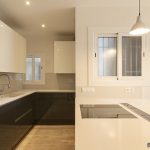 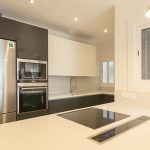 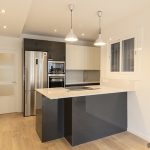 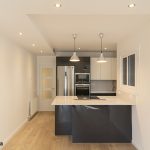 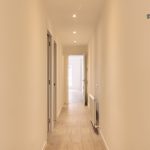 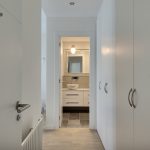