In Grupo Inventia we have finished for the integral reform that we were doing in a house located in Martínez de la Rosa street, in the Gàcia district of Barcelona.

This total rehabilitation include finishes, many elements of which are restored and retains the essence of the property. Among them is the roof of exposed brick, hydraulic pavement, which occupies most of the floor of the house, or wooden doors and frames.

In the video we share then you can see all the details of this new integral reform of Grupo Inventia.

The kitchen reform was open and used as a distribution of L. In the end of the right side of this kitchen reform were placed the kitchen appliances, all embedded and compounds for a refrigerator, an oven and a microwave. Then they placed a small stretch of perfect counter used as support surface. In addition, this part of the kitchen has cabinets and drawers in both the bottom and the top of the counter.

In the center was placed wider section of the counter, on which they installed a kitchen of four burners and an individual sink. This part has storage capacity at the bottom of the countertop, which also embedded a dishwasher.

With the bathroom reform obtained a stay wide, fully equipped and very functional. The new sanitary facility consists of a washbasin with a built-in drawers, a toilet and a shower.

As for the design of this bathroom reform walls were tiled to half height tiles bevelled white and the rest of the wall was painted the same color. This, combined with hydraulic pavement generates greater feeling of space and light to the room.

Again we have achieved excellent results in an integral reform. For all the services we offer please contact us without obligation. 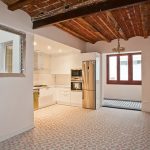 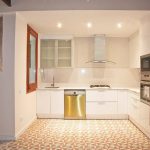 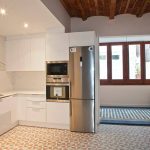 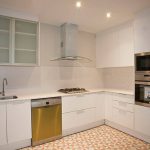 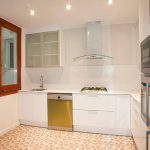 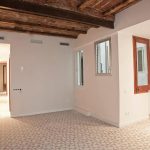 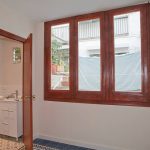 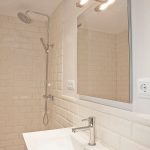 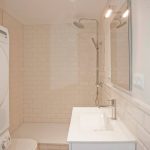 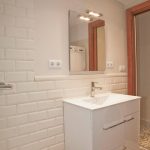 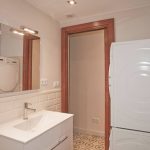 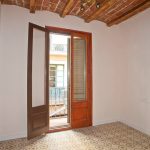 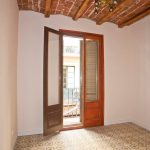 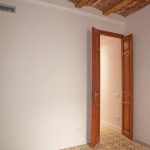 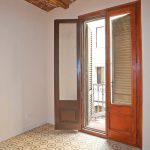 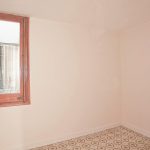 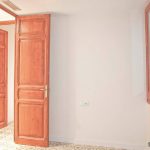