A few days ago in Grupo Inventia we finished a new integral reform in the city of Barcelona. On this occasion, the building was renovated located in Navas de Tolosa street.

Some of the rooms which were enhanced both its design and its equipment were the kitchen, the bathrooms, the livingroom or the terrace. In general, we look to enhance the brightness of housing using external orientation. For this, we used neutral tones on walls and laminate flooring.

To better appreciate the changes made in this integral reform, we share the next video.

The kitchen was in a separate room, so we chose a distribution L shape to organize your items. On the right side of this kitchen reform, the most extended, was placed first section of this tour and they had a single sink.

When you get to the bottom of the stay, the counter twist to the left, giving way to the second stage. This one settled hob and just below her oven fits in the kitchen cabinet. In this area also place the refrigerator, which is camouflaged by cabinet doors.

For the bathrooms reform opted for a similar design, consisting of a complete and highly functional health facilities. In both bathrooms were installed a sink, a toilet and a shower protected by a screen.

As for design, we chose tile halfway up the wall tiles and beveled white paint to the wall remaining the same. The combination of light-colored walls with a darker pavement has generated more spacious feeling.

Grupo Inventia offers the best services for your integral reform. Contact us without any compromise. 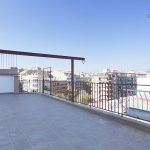 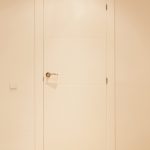 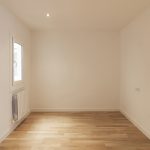 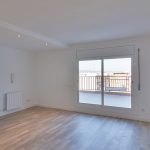 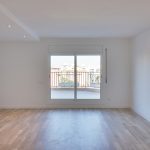 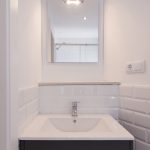 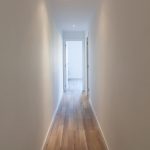 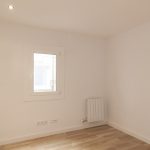 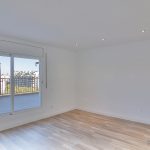 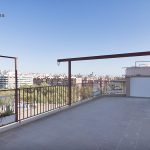 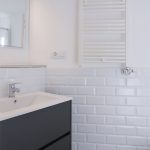 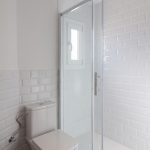 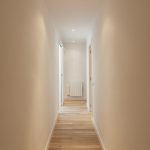 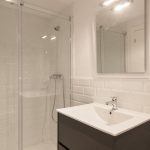 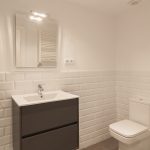 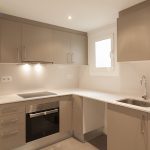 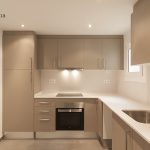 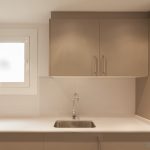