In Group Inventia recently we ended the integral reform that were carried out in a house located in Passatge Urrutia and the city of Barcelona. It was a total renovation which we fully to improve both the interior design and equipment Property, among which is a fireplace in the lounge.

All improvements made in this new integral reform reform of Grupo Inventia can be seen in the video that we share below.

The kitchen reform is open to living and distribution was used an L-shaped serving plate section smaller kitchen spaces and splitter. In addition, it is a very bright room.

At the end of the central part arranged as a gap in which to place the refrigerator, turn the microwave oven were embedded in the top and bottom of the hob respectively . The board is equipped with a single sink and hob.

This turn right to give way to a stretch of hob smaller but perfect for use as a support surface and bar type american kitchen.

With the bathroom reform of the stay was equipped with a complete sanitary equipment, with a spacious bathroom with built-in drawers, a toilet, 1 bidet and shower screen protected by a sliding door.

For the interior design of this bathroom reform was to use a complete tiled with tiles beige color, combined with flooring brown, creates a greater sense of spaciousness and light to the room.

In Grupo Inventia guarantee the best finishes in both interior and equipment for your integral reform. You can contact us without obligation. 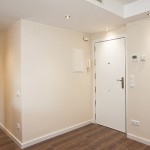 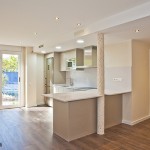 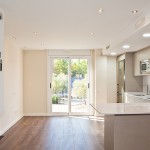 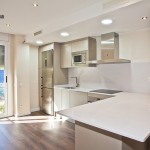 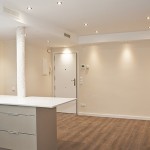 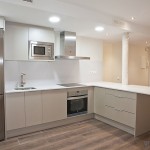 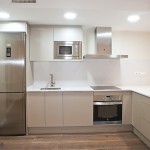 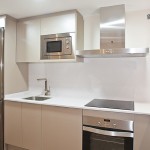 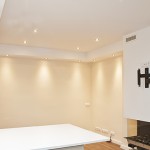 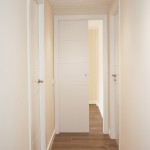 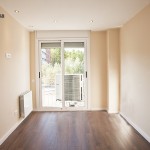 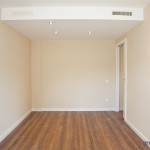 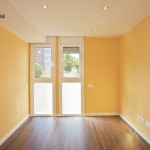 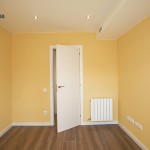 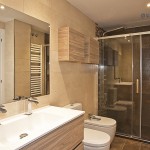 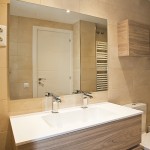 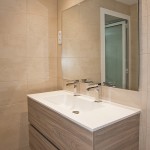 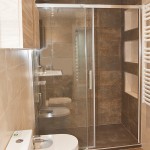 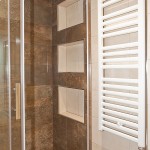 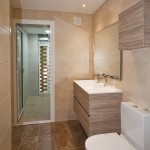 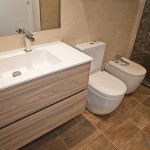 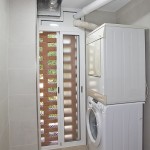 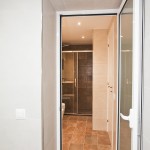