In Grupo Inventia we come to an end the integral reform that were carried out in a house located in Providence street of Barcelona. This time, in addition to completely renovate the property, we also ordered to equip with appropriate furniture. Thus, improving the image of the house and equip all rooms altogether.

All improvements in the integral reform can see in the next video.

For this kitchen reform we decided on a distribution in two fronts. On the right we put appliances, all embedded in the kitchen cabinet. These are composed of an oven, a microwave and a refrigerator that is camouflaged by the same door furniture.

On the left, open to the dining room, place the countertop. On this, we installed a single sink and hob accompanied by a hood that descends from the ceiling. Regarding the design, kitchen reform is integrated into the rest of the stay, but well defined visually through hydraulic pavement we installed and with the color white of countertop.

This property has two bathrooms and both were completely renovated and equipped for this, we used a very similar style in both reforms bathrooms. The rooms have a spacious bathroom with built-in drawers, a toilet and a shower screen protected with a sliding door.

Grupo Inventia achieve the desired results in your integral reform. We offer a wide range of services and rehabilitation. In addition, you can Contact with Grupo Inventia without obligation. 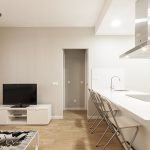 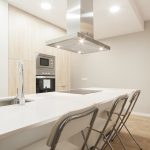 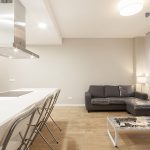 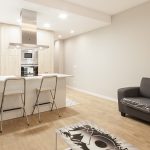 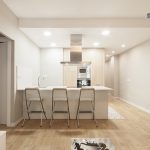 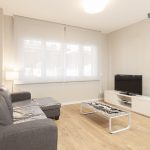 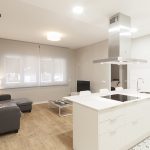 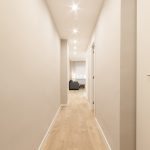 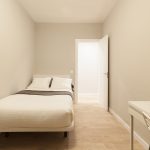 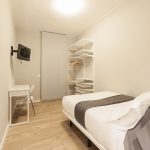 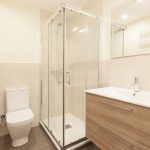 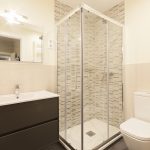 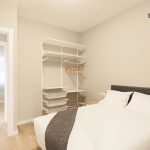 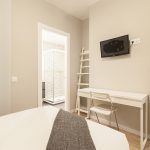 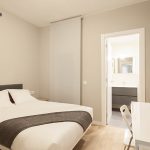 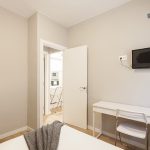 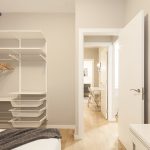 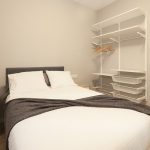 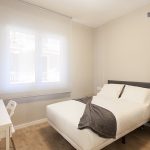