Today we have finished for the integral reform that were carried out in the town of L’Hospitalet de Llobregat. Specifically, we fully rehabilitated housing was located in the Rambla Marina.

In general, we have equipped the property more light and feeling of spaciousness. This has been possible thanks to using a cream walls and laminate parquet flooring of wood tone clear. Thanks to this, and coupled with natural light, we have achieved a very friendly atmosphere throughout the house.

In the following video you can see all the improvements made in this new integral reform.

Kitchen reform is open to the living and for the disposal of its elements have chosen a distribution to two fronts.

On the left side is placed a kitchen cabinet, which besides having a large storage capacity, embedded appliances have been leading. In this case composed of an oven, a microwave and a refrigerator that is camouflaged by the same cabinet doors. This achieves a greater linearity in the room.

Meanwhile, on the right has been placed on the counter. On her sink were installed one another and a hob. As detailed, the end of the counter nearest lounge has an L-shape, becoming a breakfast bar.

The bathroom house which had also been completely renovated and has been equipped, which has resulted in a stay warm and very functional.

Also using a design based on neutral tones, this bathroom reform has a sink with drawers built in, a toilet and a large shower at the back of the room.

In Grupo Inventia we conclude a integral reform successfully. If you want the best finishes in every room of your home, do not hesitate to contact us without obligation. 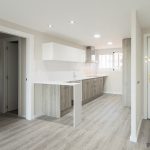 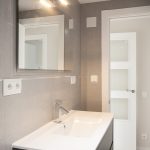 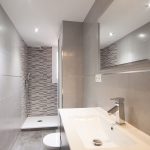 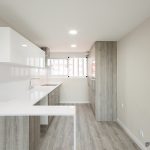 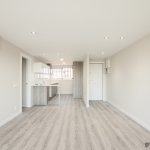 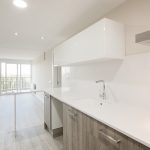 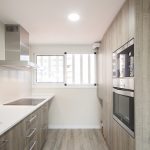 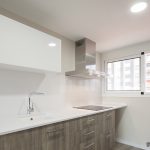 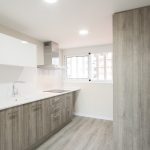 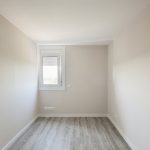 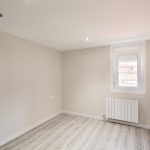 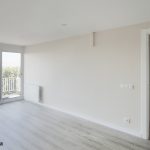