Reform in Rosselló street of Barcelona

This week we completed a new work of integral reform in the city of Barcelona. This time we ordered completely rehabilitate a flat located in Rosselló street, which had a kitchen, two bathrooms and three bedrooms.

As you can see in the video below, we used neutral colors for painting work and most floor we installed laminate parquet flooring. These colors, together with natural light, generate greater feeling of space and light in this new integral reform.

The kitchen is open to the living and for the disposal of its new distribution elements are used in two fronts. On the left, attached to the wall, stood a kitchen cabinet with holes made for embedded appliances, namely fridge, oven and microwave. In turn, there is a section of the counter, a little small but perfect for use as support and work surface.

On the right side, open to the dining room stood a board which in turn acts as a bar kitchen. On this tour, gray, settled a hob and a sink if double. The first element is accompanied by a hood that descends from the ceiling.

As mentioned, this integral reform had two bathrooms that were renovated and completely equipped. In both cases opted for a tiled halfway bevelled tiles in white and painted the rest of the wall of a beige tone.

Regarding healthcare equipment, both reforms have bathroom sink with drawers built, a suspended toilet and a shower screens protected. Certainly very complete and two rooms that offer the best performance.

In Grupo Inventia employ the best specialists for your integral reform have perfect results. Do not think too much and contact us, we will advise you from the first day. 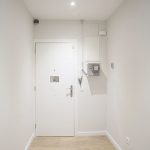 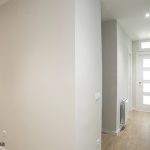 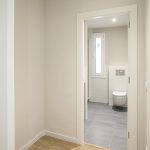 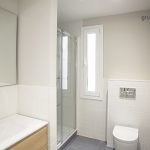 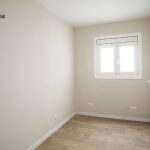 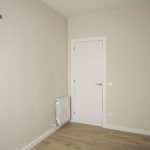 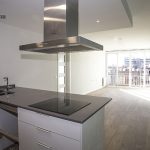 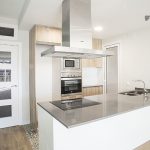 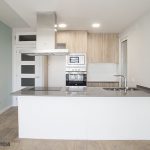 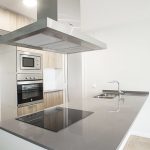 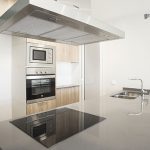 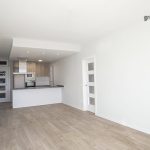 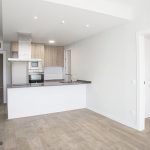 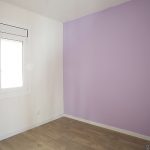 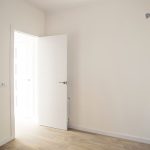 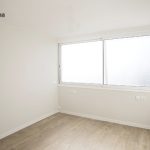 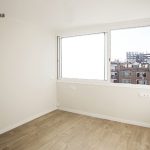 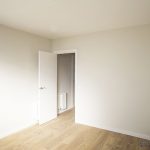 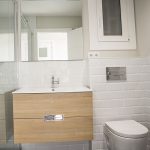 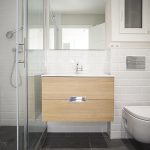 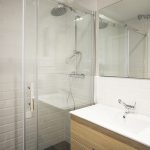 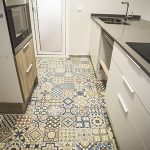 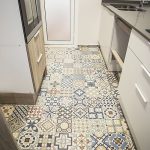 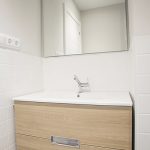 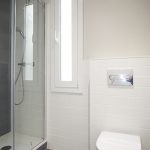 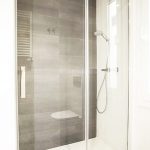